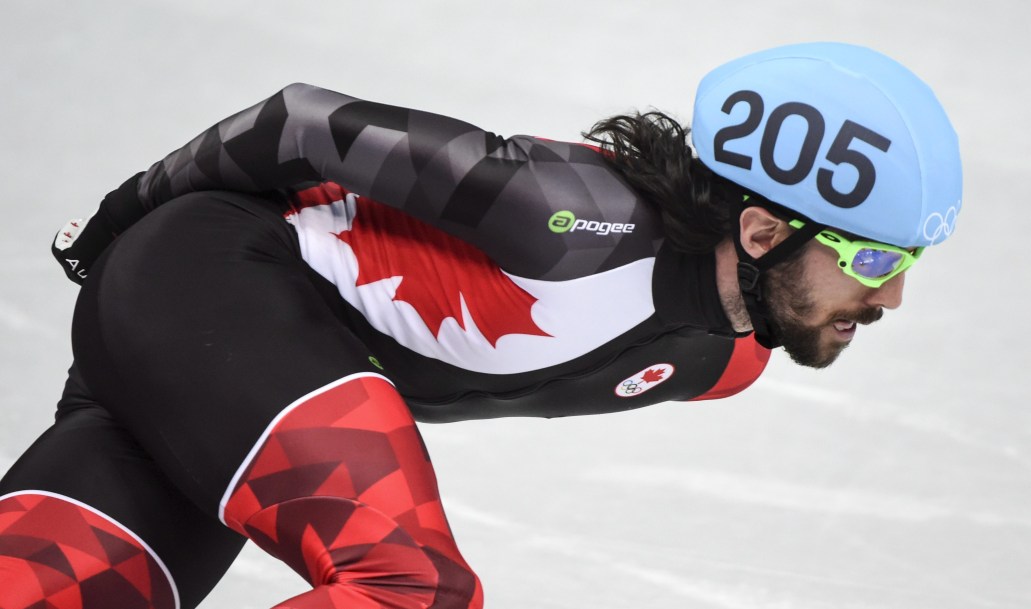 With five Olympic medals, including three gold, Charles Hamelin is tied with Marc Gagnon, François-Louis Tremblay and Phil Edwards as Canada’s most decorated male Olympians. He joined that group at PyeongChang 2018 where he won bronze as a member of the 5000m relay. In his third Olympic appearance at Sochi 2014 Hamelin won gold in the Games’ opening event, the 1500m. That came four years after Hamelin was Canada’s only multiple gold medallist at Vancouver 2010, contributing two of the country’s record-setting 14 first-place finishes. His performance was particularly remarkable because he won both gold medals within a 30-minute span.

As the reigning world champion, Hamelin set an Olympic record in the quarterfinals of the 500m. In the final, he avoided a collision on the last corner to take the gold medal, sharing the podium with teammate Tremblay who won bronze. A half hour later, Hamelin was back on the ice for the 5000m relay final. The Canadians won gold thanks to a strategy dubbed “Operation Cobra” which gave anchor skater Tremblay an extended period of rest before skating the last two laps. This put Hamelin on the top step of the podium together with his younger brother François.

Four years earlier, Hamelin had been the youngest of Canada’s male short track speed skaters competing at Turin 2006. He finished fourth in his only individual event, the 1500m, but won his first career Olympic medal, silver, as a member of the 5000m relay team. Based on his experience and accomplishments, Hamelin is considered the leader of the national team and has been competing at the world championships for more than a decade. Through the 2017-18 season, Hamelin has won 36 world championship medals, including 12 gold. Five of those came in the 5000m relay. He also owns two world titles in each of the individual events (500m – 2007 and 2009, 1000m – 2016 and 2018, 1500m – 2014 and 2018).

A little more about Charles

Family: Younger brother François is also a member of the national short track team… Father Yves is the Director of the Olympic Oval in Calgary… Mother Manon Goulet is the cousin of former NHL player and Hall of Famer Michel Goulet… Getting into the Sport: Started speed skating at age nine… Had previously played baseball but got involved in skating about a year after younger brother François got started in the sport because he thought it looked cool… Outside Interests: Enjoys playing video games, going to the movies.. Supports Canadian Tire Jumpstart so that all kids have the opportunity to find the passion for sport that he has… Odds and Ends: 10-time Speed Skating Canada’s Male Short Track Athlete of the Year… Lists Marc Gagnon and Éric Bédard among his role models… The rink in his hometown of Sainte-Julie was named in honour of him along with his brother and father…