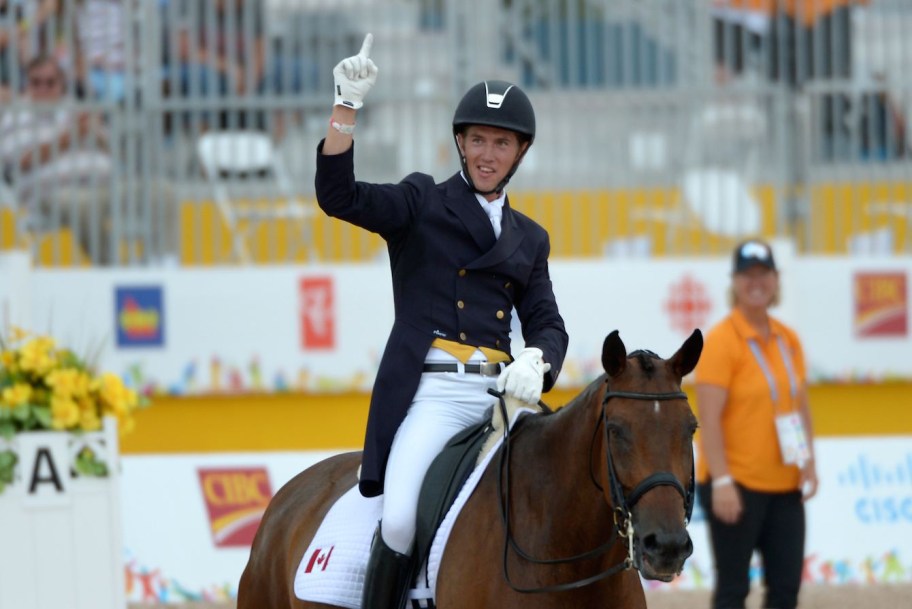 After deciding at age 13 that dressage was the route for him, Chris von Martels competed in the FEI Junior and FEI Young Rider programs with much success. He represented Canada numerous times at international competitions, including being invited to the European Junior and Young Riders’ Championships in Hickstead, United Kingdom in 1998. In 2004, he moved up to the small tour division where he continued to achieve top results. In 2005 he was named to the Canadian dressage team long list for the first time. He was named to the Short List in 2011.

In 2013, von Martels began developing a successful partnership with a new mount, his Dutch Warmblood gelding Zilverstar. The pair enjoyed tremendous success in their breakout season and built on that momentum in 2014, earning wins in Florida, Belgium, and France. At the start of 2015, von Martels and Zilverstar represented Canada during the FEI CDIO 3* Global Dressage Festival in Wellington, Florida, where von Martels put in an incredible performance in the final class comprising the individual portion of the Nations Cup competition. He and Zilverstar topped the Intermediate I Freestyle with a score of 75.600% to take home the individual silver medal, while his impressive scores over the entire Nations Cup helped Team Canada I earn a second-place finish. Von Martels and Zilverstar concluded the year with another round of stellar performances at the Toronto 2015 Pan American Games, boosting Team Canada to the silver medal and recording a Freestyle score of 79.500% for individual bronze.

In 2021, von Martels returned to team competition paired with another Dutch Warmblood gelding, Eclips. This new partnership made their presence known in a spectacular first year of international competition, leading the way for Canada to secure the bronze medal at the Wellington FEI CDIO 3* Nations Cup and posting impressive high scores, including 79.095% in the Grand Prix Freestyle at the Tryon Spring Dressage I CDI 4* in North Carolina.

A Little More About Chris

Getting into the Sport: Horses have been a part of his family for generations… His father and grandfather bred and competed show jumping horses in the Netherlands… Began riding as a young child, trying his hand at various disciplines… Sister Cecile and wife Lisa are also dressage riders who have competed internationally… Odds and Ends: As long as he can remember, his dream was to become a top international rider, and one day to stand on the podium as an Olympian…

Belinda Trussell began to ride seriously after her family moved to the Philippines when she was 10. By 1988, she...