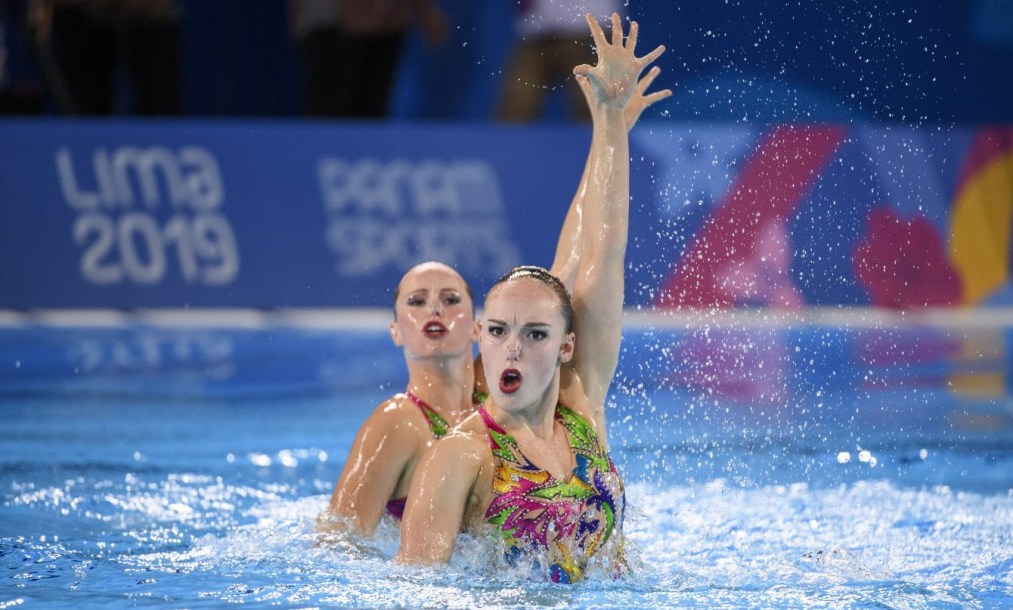 Claudia Holzner was six when she saw artistic swimming on TV from the Sydney 2000 Olympic Games. Two years later she did her first lesson with the Calgary Aquabelles and was hooked. In 2019, she fulfilled a 17-year dream of qualifying for the Olympic Games when she won two gold medals at the Pan Am Games in Lima. She and partner finished first in the duet event and were part of Canada’s victory in the team event to lock up both Olympic spots. Four years earlier, Holzner had helped Canada win team gold at the 2015 Pan Am Games in Toronto, but that did not qualify them for Rio 2016.

In 2017, Holzer began partnering with Simoneau in the duet. They finished seventh in both duet events at the 2017 FINA World Championships before placing sixth in the technical and seventh in the free at the 2019 Worlds.

A Little More About Claudia

Getting into the Sport: Started artistic swimming at age 8… Had decided as a young gymnast that she wanted to be an Olympian but loved artistic swimming after trying it at summer camp… Outside Interests: Enjoys cooking and do-it-yourself projects in-season as well as hiking, skiing, crafting in the off-season…  Finished her first year of nursing studies in Calgary before moving to Montreal in 2012; has since taken French and German language courses as well as electives at Concordia University… Is considering a degree in communications/marketing… Works part time with CAN Fund… Odds and Ends: Wants all young athletes to know that strong is beautiful after struggling with body image and perceptions for most of her career… Has been inspired by Kyle Shewfelt since her days training at Altadore Gymnastics… Favourite motto: “She believed she could so she did”… Has taken a small Barney statue given to her as a joke to every national and international competition…