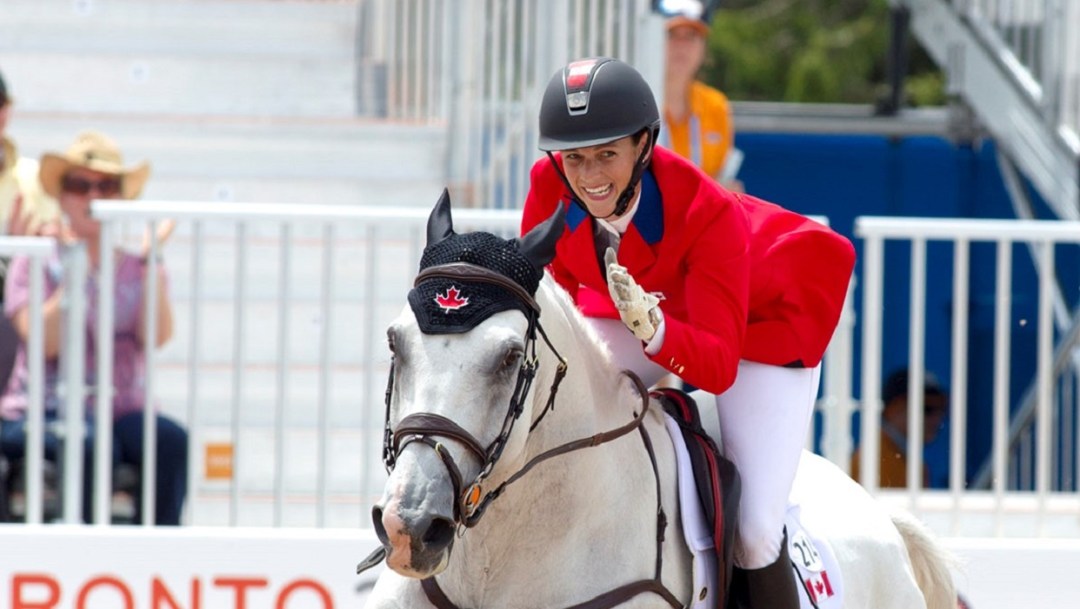 Colleen Loach’s passion, combined with her determination, has set her on the path of achieving her equestrian goals. In 1999 she was named the Quebec Eventing Athlete of the Year after competing for Canada at the FEI North American Junior and Young Rider Championships (NAJYRC). In 2001, she helped Canada secure the NAJYRC team bronze medal in front of a home crowd in Bromont, Quebec.

She has continued to compete at the international level, earning wins at the 2007 CCI 2* Bromont Three-Day Event, 2013 CIC 2*Dreamcrest Horse Trials in Ontario and 2014 CIC 2* The Fork Horse Trials in North Carolina. Her accolades resulted in Loach being named to the Canadian eventing team long list in 2014 and 2015.

In 2015, Loach made her major games debut at the TORONTO 2015 Pan American Games with Qorry Blue D’Argouges, where she helped the Canadian eventing team win the bronze medal. She and Qorry Blue D’Argouges went on to represent Canada at the Rio 2016 Olympic Games and 2018 FEI World Equestrian Games in Mill Spring, North Carolina.

In 2018, Loach added a new horse to her string of up-and-coming talent — FE Golden Eye, with whom she earned top-10 finishes in the 2019 Carolina International Horse Trials CCI 3*-S in Raeford, North Carolina, and Bromont Three-Day CCI 3*-L. The combination brought their talents to the Lima 2019 Pan American Games in Peru, where they helped the Canadian eventing team capture the bronze medal.

A Little More About Colleen

Getting into the Sport: Started riding at a very young age at her parents’ farm… Began taking jumping lessons at age seven… Outside Interests: Enjoys hiking, going to the gym, hanging out at a local spa… Nickname: Bean…

Kathryn Robinson is no stranger to the Canadian Eventing Team, having been named to the Short List on multiple occasions....