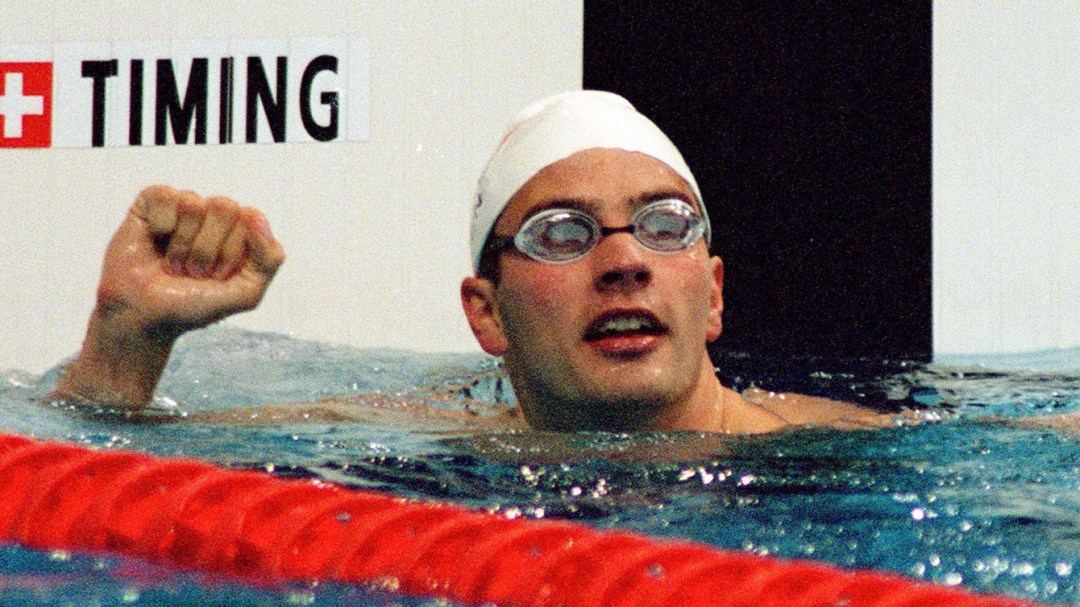 Calgary native Curtis Myden made his Olympic debut at Barcelona 1992 where he finished 10th in the 400m individual medley (IM) and 25th in the 100m breaststroke, leaving Spain inspired by watching teammate Mark Tewksbury’s 100m backstroke gold medal performance. His first event at Atlanta 1996 was the 400m IM and with the world record holder in the race, Myden was leading after the butterfly leg, eventually settling for bronze. A few days later in the 200m IM, Myden won his second bronze of the Games. Four years later at Sydney 2000, Myden defended his 400m IM bronze medal, setting a Commonwealth record and winning Canada’s only medal in the pool in 2000. He did not make the final in the 200m IM, finishing 10th.

Myden started swimming at the age of seven at Calgary’s Cascade Swim Club, joining the University of Calgary Swim Club at 17, where he was coached by Derrick Snelling for his entire competitive career. His first major international competition was the 400m IM at the 1990 World Championships.

Graduating with a Bachelor of Science degree in kinesiology from the University of Calgary in 1999, Myden entered medical school after retiring from swimming in 2002. He became an orthopedic surgeon, once based in Kelowna, British Columbia then relocating to Whitehorse, Yukon with his wife pediatrician Katharine Smart and two children.

A spokesperson for the Paralympic Games and Operation Red Nose in Calgary, Myden was named Swimming Canada’s Male Athlete of the Year three times (1994, 1999, 2000) and in 2002, and became the first-ever inductee of their Circle of Excellence Award. He was the 1996 recipient of the Howard Mackie Award, CIAU Athlete of the Year and four-time CIAU Academic All-Canadian athlete. In 2011, Myden was inducted into the Canadian Olympic Hall of Fame