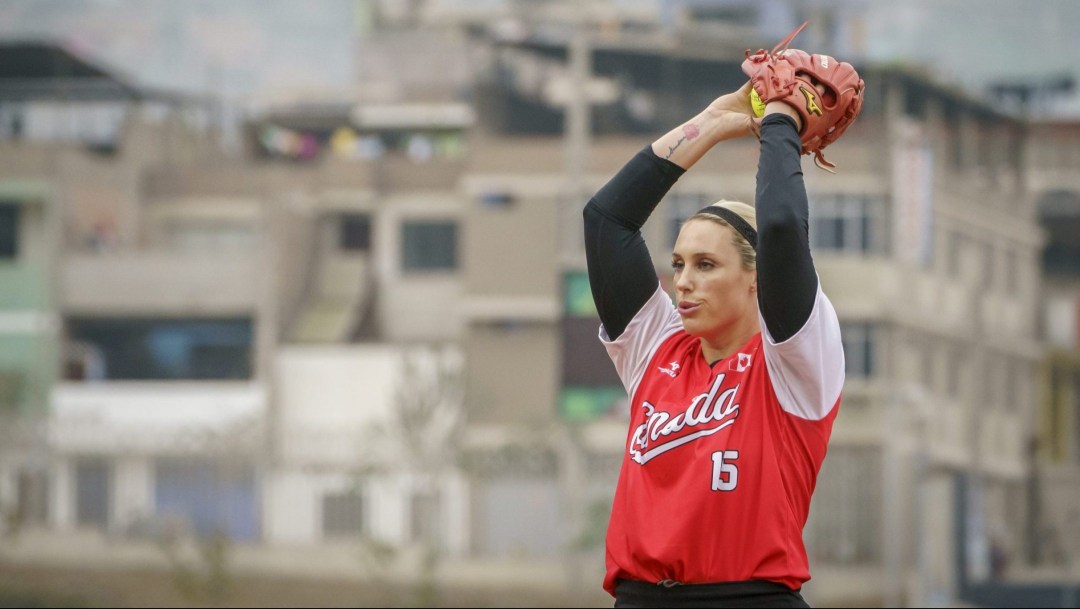 Danielle Lawrie debuted for Team Canada in 2005 and was a member of the squad that placed fourth the last time softball was included on the Olympic program at Beijing 2008. At the WBSC Women’s Softball World Championships, she was part of Team Canada in 2006, 2010, 2012 and 2018, helping bring home bronze in 2010 and 2018. Lawrie had returned to pitch for Team Canada in 2018 after a three-year retirement.

Lawrie was a member of Team Canada at two Pan American Games, 12 years apart, winning silver at Rio 2007 and Lima 2019. At the WBSC Americas Olympic Qualifier in 2019, she started three games and posted a 2-0 record with a 0.00 ERA as she allowed only two hits and struck out 23 in 14.1 innings as Canada booked its ticket to Tokyo 2020.

While studying sociology at the University of Washington, Lawrie had a dominant playing career in four seasons with the Huskies and is arguably one of the best NCAA softball players. In 2009, she earned her first of back-to-back USA Softball Player of the Year awards going 42-8 with 521 strikeouts and just 76 walks in 350.2 innings. She finished her collegiate career at Washington sitting atop most pitching categories including appearances (194), games started (199), wins (136), complete games (149), shutouts (65), strikeouts (1,860), and innings pitched (1,190.2).

A Little More About Danielle

Getting into the Sport: Started playing softball at age 10… Outside Interests: Earned a Bachelor of Arts from University of Washington… Has worked in sports broadcasting since 2015… Odds and Ends: Favourite quote: “You 100% get what you put into things. Don’t half ass and expect results.” … Cites being a mom as her best accomplishment to date… Younger brother Brett played parts of six seasons in MLB and was a member of Canada’s Olympic baseball team at Beijing 2008…