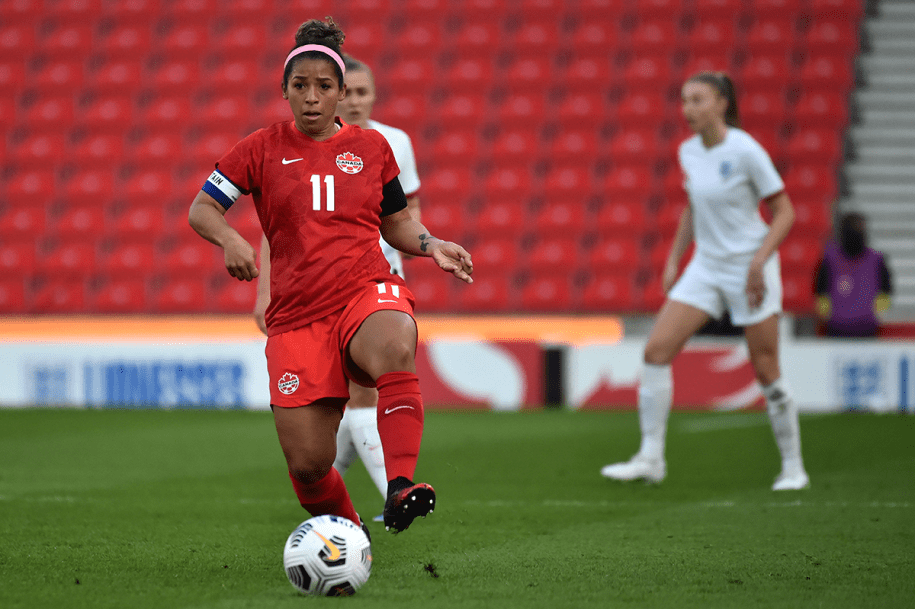 Desiree Scott is a two-time Olympic bronze medallist from London 2012 and Rio 2016. In her Olympic debut, she played in every minute of Canada’s six games. She was similarly impactful in her second Olympic appearance, playing all but 16 minutes of Canada’s six matches.

Scott first represented Canada at the 2006 CONCACAF U-20 Championship where the team won silver to qualify for the FIFA U-20 Women’s World Cup. After appearing in three games at the global tournament, Scott made her debut with the senior national team in 2010, which included a gold medal at the CONCACAF Championship.

In 2011, she competed at her first FIFA Women’s World Cup and helped Canada win gold at the Pan Am Games in Guadalajara.

From 2011 to June 2015, Scott played in a career-high 62 consecutive Canada matches. After participating in the 2015 FIFA Women’s World Cup, she helped Canada win silver at the CONCACAF Olympic Qualifier in early 2016, earning the team a spot in Rio. She was also a member of the team that won the 2016 Algarve Cup.

In 2019, Scott was named to her third FIFA Women’s World Cup team. She played all but 11 minutes of Canada’s four matches. In early 2020, Scott helped Canada finish second at the CONCACAF Olympic Qualifying Tournament, securing their ticket to Tokyo 2020. She has now made more than 160 senior international appearances for Canada.

A Little More About Desiree

Getting into the Sport: Started playing soccer at age 8 because her dad and older brother played, both wearing number 11, which she also now wears… Began playing competitively at age 12… Loved competing 1-on-1 with another player within a larger team… Outside Interests: Enjoys doing yoga, Zumba, catching up on her favourite TV shows… Graduated from the University of Manitoba with a Bachelor of Arts… Supports KidSport Winnipeg, helping kids who have financial barriers stay involved in sport… Odds and Ends: Nickname The Destroyer… Always wears a pink headband on game day… Must have pancakes as her pre-game meal… Favourite mottoes: Be your own biggest cheerleader / Stay true, be you / A flower doesn’t think of competing to the flower next to it, it just blooms…