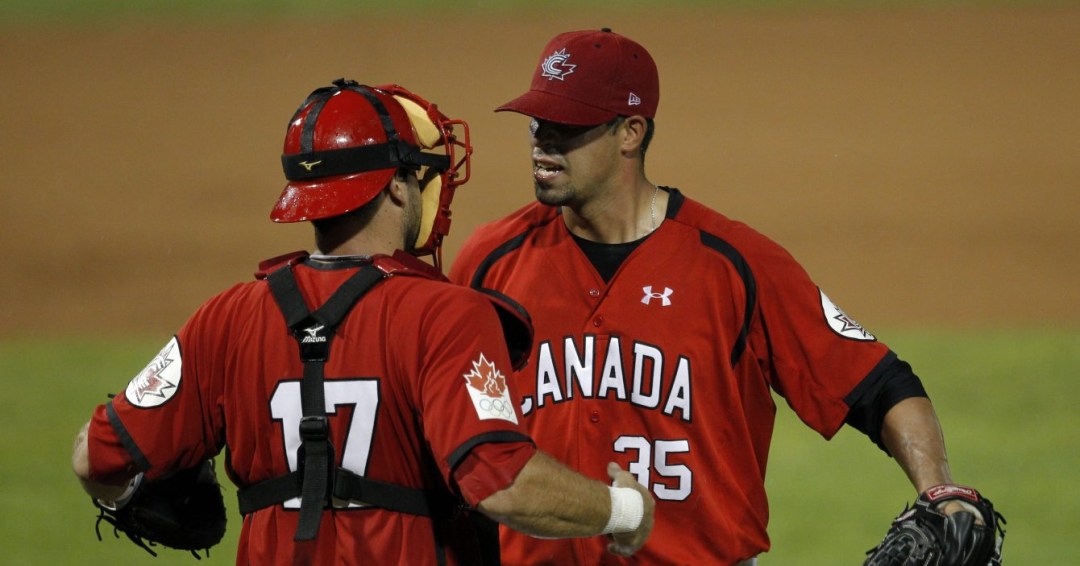 Dustin Molleken was part of Canada’s gold medal-winning team at the 2011 Pan Am Games in Guadalajara where he appeared in four games in relief, posting one win, one save, and a 1.93 ERA. He and his Pan Am Games teammates were inducted to the Canadian Baseball Hall of Fame in 2012. Molleken has also won a pair of bronze medals at the Baseball World Cup in 2009 and 2011. In 2013 and 2017 he was on the Canadian roster at the World Baseball Classic. The Pittsburgh Pirates selected Molleken in the 15th round of the 2003 MLB Draft. After five years with the organization, he has gone on to play in the minor leagues for the Colorado Rockies, Milwaukee Brewers, Cleveland Indians and Detroit Tigers. On July 4, 2016 Molleken made his MLB debut with the Tigers and went on to appear in four games with the club. He also spent part of 2012 and 2013 playing in the Japanese Pacific League with the Hokkaido Nippon-Ham Fighters. Molleken is currently a member of the Québec Capitales of the CanAm League.

A LITTLE MORE ABOUT DUSTIN

Getting into the Sport: Started playing baseball at age 5… He was always around the ballpark because his father played competitive fast-pitch… Outside Interests: Enjoys watching hockey and going to the rink with his dad when he scouts hockey games… Odds and Ends: Always puts his right sock on before his left and rubs his wife’s pregnant belly for good luck…