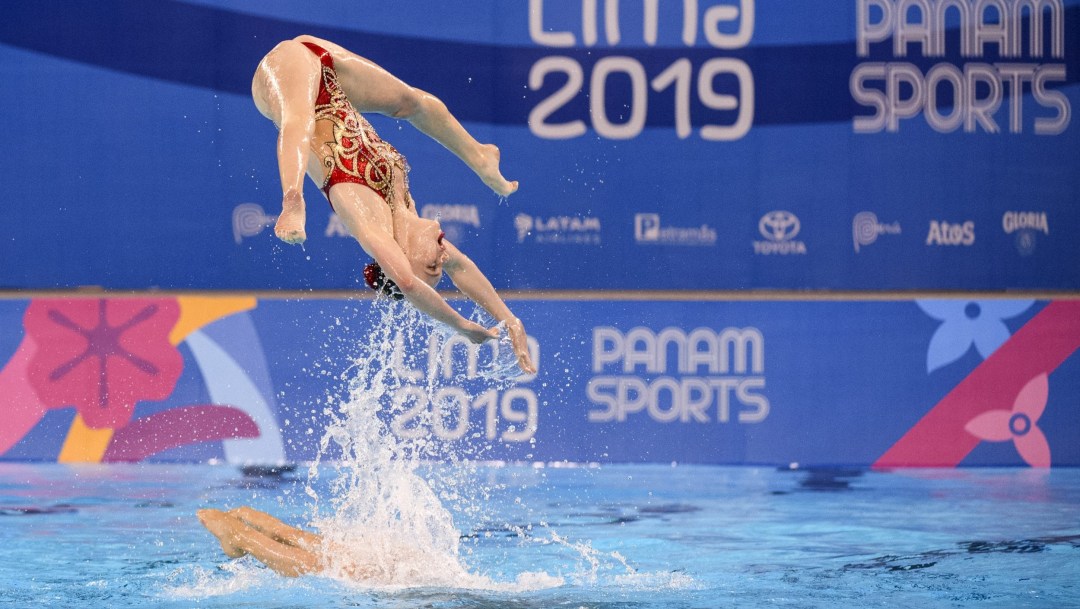 Emily Armstrong’s first international competition was as part of Team Ontario at the U12 Pan American Championships in 2011. She competed in the U15 age group at the same event in 2013 and 2015, first winning a team silver and then a solo gold. In 2014 she achieved a personal highlight, winning her first national title.

In 2015, Armstrong swam at the Canada Winter Games with her sister, Amy, winning a bronze medal in the solo and team events for Team Ontario. She would join the junior national team for both the 2016 and 2018 Junior World Championships, placing top-10 in eight of her nine events over the two years.

Armstrong suffered a labrum tear in her right hip in 2017. After she competed at the Synchro America Open in New York, she decided to wait on surgery and see if the tear would heal on its own. She took six months off with little to no physical activity involving the hip unless it was rehab. Though the recovery was slow and painful, her hip fully healed without surgery.

A Little More About Emily

Getting into the Sport: Started artistic swimming at age 4 because her older sister Amy was in the sport and she wanted to be just like her… Credits her sister with teaching her determination… Outside Interests: Would like to pursue a career in sport management or sport psychology… Odds and Ends: Always wears a swim cap from her home club underneath her Canada cap when warming up for competitions… Collects sweaters from places she travels for competition…

Camille Fiola-Dion competed for Team Quebec at the 2015 Canada Games, winning gold in the team event.