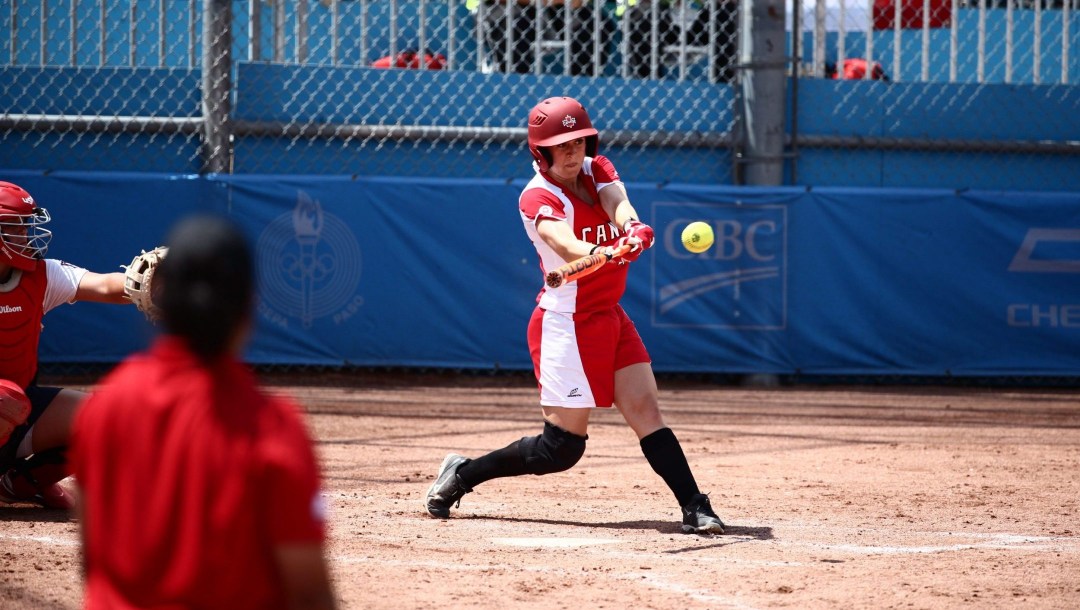 Erika Polidori wanted to play for Team Canada since attending the 2008 Canada Cup with her summer team the Brantford Bobcats. She joined the Junior Women’s National Team in 2010 when she competed in the Futures Division of the Canada Cup, the WBSC Americas Qualifier and went on to represent Canada at the 2011 WBSC Junior Women’s World Championship. She made the senior team in 2013, competing in the World Cup of Softball and the WBSC Americas Qualifier. In 2014, she competed in her first WBSC Women’s Softball World Championship. She was also part of the national team at the 2016 and 2018 Worlds, where she helped Canada take home bronze both times.

In 2015, Polidori led Team Canada with a batting average of .455 at the Pan American Games in Toronto, contributing to the team’s gold medal win over the United States.  She added a Pan Am Games silver at Lima 2019 and then a few weeks later hit .375 with three doubles as Canada booked its ticket to Tokyo 2020 at the WBSC Americas Olympic Qualifier.

In her senior season at Oakland University in 2014 she led her team in most offensive categories including hits (41), runs (27), doubles (12), homeruns (5), runs batted in (22) and stolen bases (15). Polidori earned honours all four years at Oakland, including being named All-Horizon League First Team in 2014. She finished her collegiate career with a .333 batting average, 70 RBI, and 50 steals in 154 games.

A Little More About Erika

Getting into the Sport: Started playing t-ball at age 6 and was the only girl on her team… Would hit whiffle balls over the highway barrier behind her house; when her dad got tired of driving down the highway to retrieve them, she was signed up to play in Brantford… Outside Interests: Graduated from Oakland University in Michigan in 2014 with a Bachelor of Science in Nursing… Works as a registered nurse during the off-season, cross-trained in many different hospital units, and was on the frontlines during the COVID-19 pandemic… Enjoys reading, playing cards and all things Harry Potter… Odds and Ends: Nickname: E Po… Credits coach Erin Fornan with helping her achieve her goal of a U.S. college scholarship… Favourite quote: “The day you plant the seed is not the day you eat the fruit”…