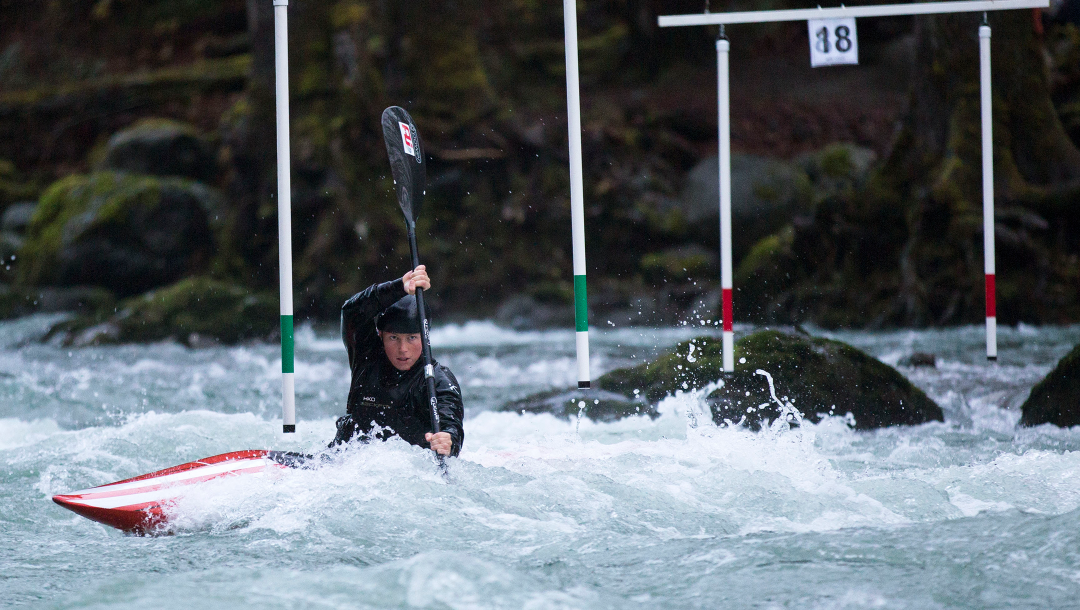 Florence Maheu represented Canada for the first time in 2012 when she competed at the U23 World Championships. She would compete at the U23 Worlds four more times from 2013 to 2016.

After a handful of World Cup appearances in 2015 and 2016, Maheu became a full-time member of the senior national team in 2017. That year she won her first national title and competed at her first senior ICF World Championships where she was the top Canadian woman in the K-1 event.

She achieved a career highlight in 2018 when she finished 13th at a World Cup event in Slovakia as she advanced to a senior semifinal for the first time and came within 1.2 seconds of racing in the final.

At the 2019 World Championships, Maheu’s placement clinched an Olympic spot for Canada in the women’s K-1 for Tokyo 2020. She secured that spot for herself during the Australian Canoe Slalom Championships in January 2020 after finishing atop the rankings for the domestic selection process.

A Little More About Florence

Getting into the Sport: Started paddling at age 13 during an open house at the local canoe club and began competing at a higher level when she was 17… Says that she wasn’t a naturally gifted paddler so has gotten where she is because of hard work…  Outside Interests: Studied kinesiology at the University of Montreal… Would like to pursue a career in sports management… Enjoys climbing, cross-country skiing, cycling, swimming, reading… Odds and Ends: Favourite quote: “Toujours plus! Always more!”… Collects magnets from her international travels… Has a kayak necklace she got in La Seu d’Urgell that she wears all the time… Role model is Italian slalom canoer and 2012 Olympic champion Daniele Molmenti because of his work ethic and passion for the sport…