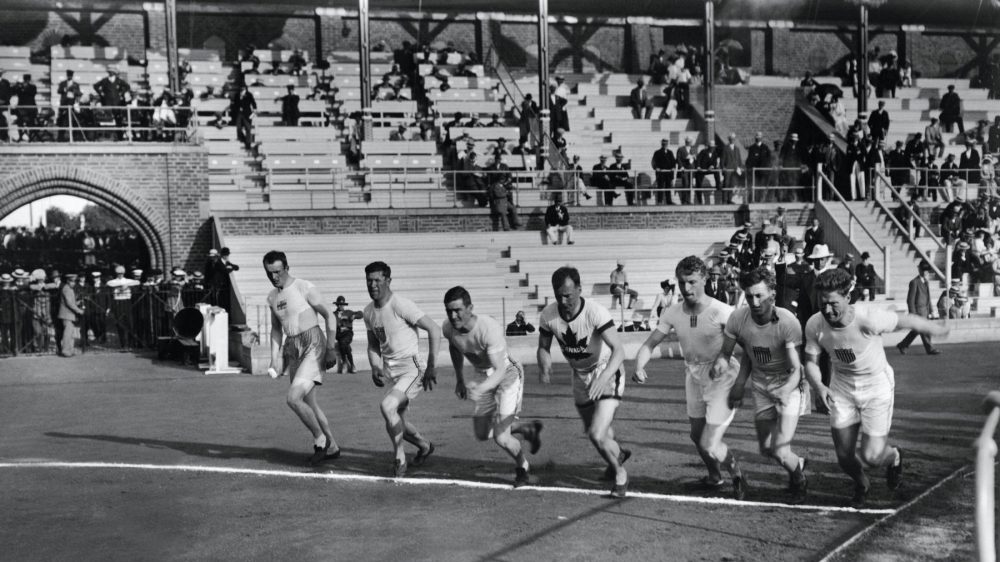 Nicknamed the “Flying Canuck” for this natural speed, two-time Olympian Frank Lukeman made his Olympic debut at London 1908 where in competed in four events. He was eliminated in the first rounds of the 100m, 200m and 1600m medley relay and was 13th in the long jump. Four years later at Stockholm 1912, Lukeman was entered in five events. He dropped out of the decathlon after eight events, was eliminated in the early rounds of the 110m hurdles, was a semi-finalist in the 100m and 4x100m relay, and finished fourth in the pentathlon. After pentathlon gold medalist American Jim Thorpe was eventually disqualified for professionalism, Lukeman was awarded the bronze medal year later in 1913. Despite Thorpe being reinstated posthumously in 1982, Lukeman kept his bronze medal.

Lukeman was a member of the Montréal Amateur Athletic Association and competed in his first major competition at the 1903 Canadian Amateur Athletic Union Championships (UAAC) held in Montréal. His first major victory was at the 1907 US Indoor Athletics Championships at Madison Square Gardens, winning the 150 yard race. In January 1908, he set records at the 100, 120 and 220 yard snowshoe races held in Québec City. Months after Stockholm 1912, Lukeman won four medals at the Canadian Championships winning gold in the 220 yard, 120 yard hurdles and long jump, and bronze in the 110 yard race.

When Canada entered World War I in 1914, Lukeman joined the Canadian Army with the 3rd Regiment Victoria Rifles of Canada and rose to the rank of Sergeant Major. In his combat overseas, he was gassed twice. In 1945, he had his leg amputated and remained bedridden at the Sainte-Anne-de-Bellevue Military Hospital, dying in 1946.

Lukeman was inducted into the Canadian Olympic Hall of Fame in 1971.