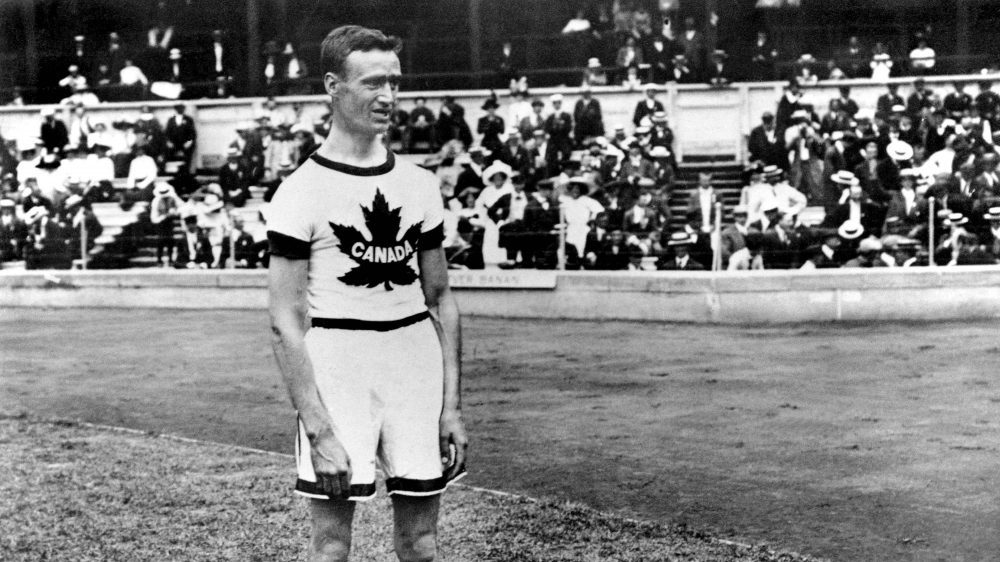 Despite training for the Olympic marathon, Goulding took to race walking so quickly he entered the 3500m race walk at London 1908, finishing an impressive fourth (22nd in the marathon). Four years later at Stockholm 1912, Goulding kept up such a rapid pace in the 10,000m race walk that three of the 10 finalists dropped out. After his victory, he sent a telegram back home to his pregnant wife that read, “Won —George”. The baby was born 10 days later and named “George Beverly Olympic Goulding.”

Born in England and moved to Canada in 1904, Goulding was first introduced to race walking while training with the Toronto Central YMCA in preparation for the London 1908 marathon. In 1909, he entered 19 race walking competitions, winning 18 of them. In 1910, Goulding broke the US mile record (6:29.2) and by 1911, he was unbeatable breaking the mile world record (6:25.8). In 1912, Goulding set world records in distances from two to 10 miles. So superior was Goulding, he was still winning races when they were even handicapped and forced to wait at the starting line while his opponents walked several hundred yards ahead before he started. Over the course of his race walking career, Goulding won a number of stunt races including walking against a four-man relay team and a man driving a horse and buggy in front of thousands of spectators. 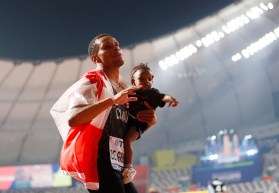 A dominant long distance runner in the early 20th century, Tom Longboat is one of Canada's most famed athletes. A…