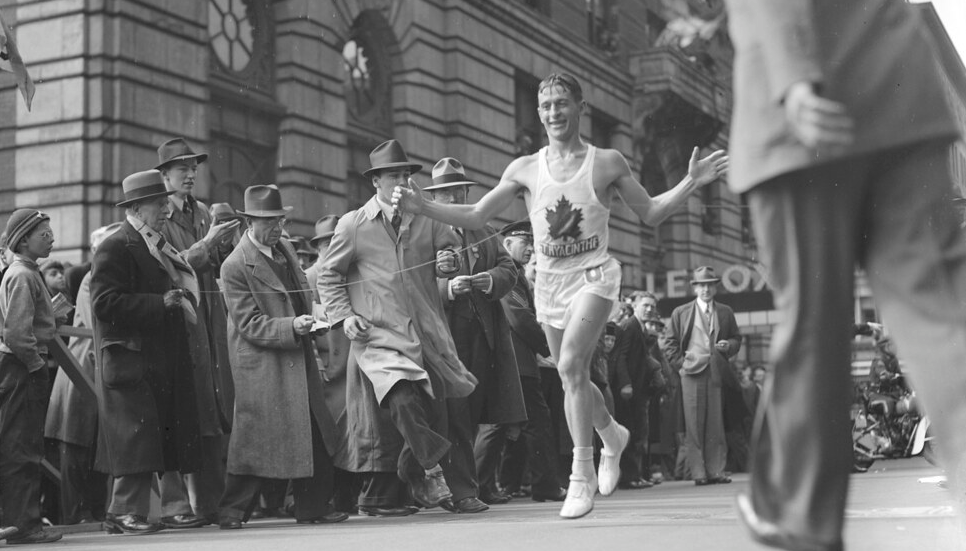 Despite being a four-time Boston Marathon champion when he arrived at London 1948, Canada’s Gérard Côté suffered a leg cramp in the Olympic marathon and finished a disappointing 17th.

Côté won his first of four Boston Marathons in 1940 repeating the feat in 1942, 1943 and 1948. One of 11 children of a St. Hyacinthe, Quebec, family, Côté’s athletic career started in boxing, but he switched to long distance running when fell in love with the running road work training. Over this running career, Côté ran over 100,000 miles, participating in 264 races, 75 of which were marathons. He won three US Amateur Athletic Union marathon titles and three Yonkers marathons enroute to 112 career victories, 56 seconds, and 26 third place finishes.

The ultimate sportsman who enjoyed big steaks and fat cigars, trained and competed without trainers or coaches, Côté refused to break the course record of the 1940 Yonkers Marathon despite the urging of the record holders widow and his respect for the previous champion. In 1958, two years after he had retired from competitive running, Côté set a world record for eight miles on snowshoes. He died in Saint-Hyacinthe, Québec at the age of 79.

A dominant long distance runner in the early 20th century, Tom Longboat is one of Canada's most famed athletes. A…