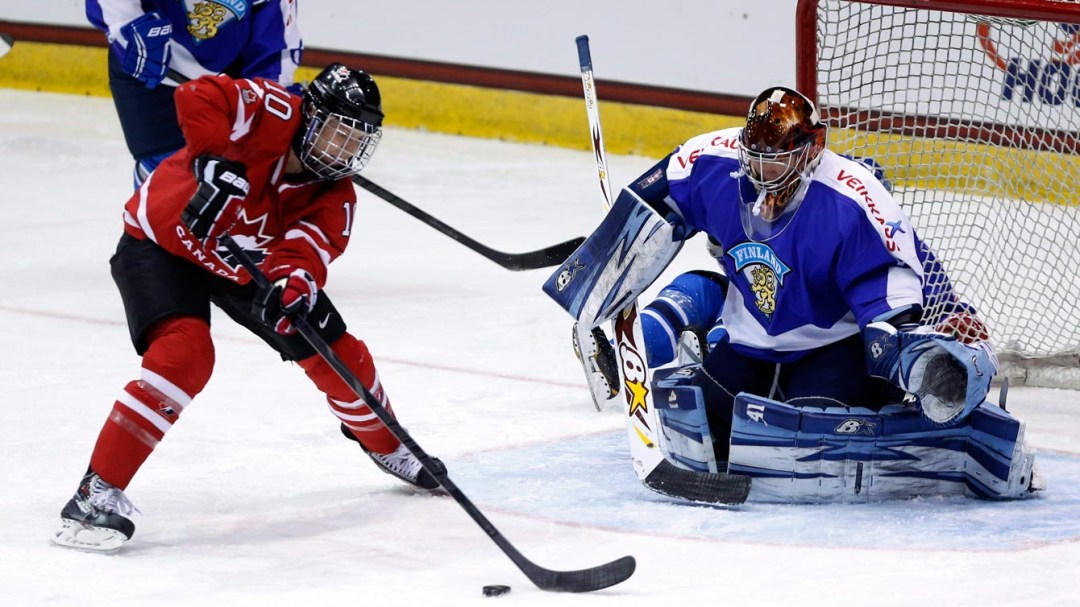 Apps played her collegiate hockey at Dartmouth College, serving as team captain during her senior season in 2006-07. Over her four years at Dartmouth, Apps appeared in 113 games and recorded 137 points. As a senior, Apps was a top-10 finalist for the Patty Kazmaier Award as the top female player in NCAA hockey and a Second Team NCAA All-American. Apps went on to play for the Brampton Thunder of the CWHL for five seasons, winning the league championship in 2008.

Apps was inducted to the Canadian Olympic Hall of Fame in 2012 with her teammates from the Turin 2006 Olympic hockey team.

Outside Interests: Enjoys cooking and reading… Works as a motivational speaker… Affiliated with Road Hockey to Conquer Cancer as an honourary member of the board…Odds and Ends: Started playing hockey at age 12 because she loved team sports… Graduated from Dartmouth College in 2007 where she majored in Psychology… Had her Olympic dream sparked while watching the Barcelona 1992 Olympic Games… Favourite Olympic memories include the cross-country team sprint from Turin 2006 when a Norwegian coach gave Canadian Sara Renner a new pole after hers broke, watching her cousin Darren Barber win gold at Barcelona 1992 and watching the first Olympic women’s hockey tournament at Nagano 1998… Favourite quote: “Remember, the shadows are just as important as the light.” – Jane Eyre…

Gillian Ferrari made her Olympic debut at Turin 2006 where she and Team Canada took home the gold medal. Over...