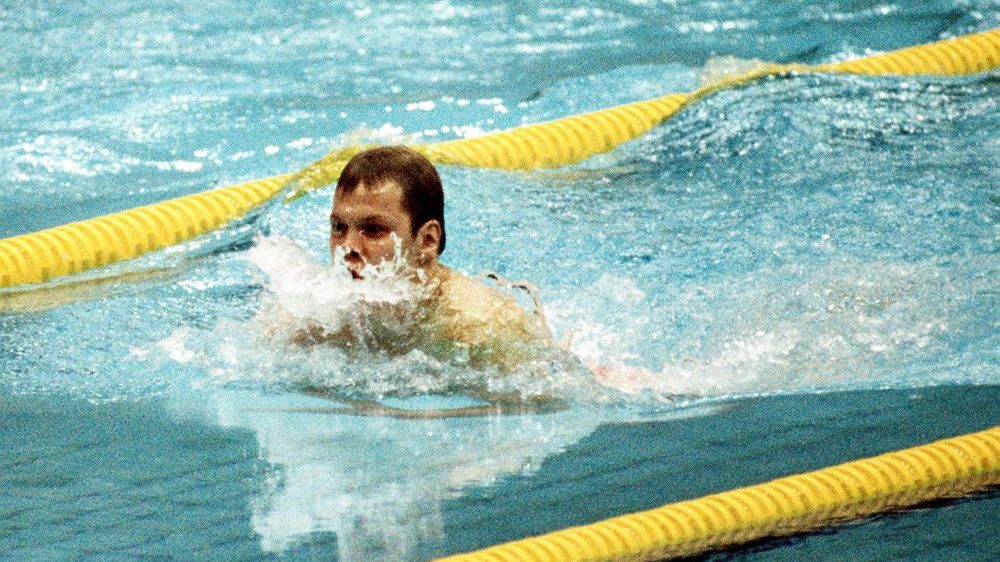 Smith joined the national team in 1973. Along with his impressive Olympic results, Smith was a 1978 World champion, winning gold in the 200m individual medley in world record time (2:03.56) and silver in the 100m breaststroke. He was the first athlete to win six gold medals at a single Commonwealth Games doing so in front of home crowd at Edmonton 1978 in the Dr. Donald F. Smith Pool, named after his late father (100m and 200m breaststroke, 200m and 400m medley, 4x100m freestyle relay, 4x100m medley relay). In his final international competition, the 1979 Pan American Games in San Juan, Smith won two silver medals (200m individual medley, 4x100m medley relay) and one bronze medal (100m breastroke). Over his career he set 17 Canadian, five Commonwealth Games and two World records

Starting swimming in 1964 with his father Don as his coach, Smith won his first national age group championship when he was 10 years old. When he was 12, he travelled to Edinburgh, Scotland, to watch the 1970 Commonwealth Games with his parents who were team administrators (coach and chaperone). His first international competition was at the 1975 World Championships in Columbia. Smith attended and swam at the University of California Berkeley after Montréal 1976 winning two medals at the 1977 Summer Universiade (100m and 200m breaststroke) and a NCAA title. After taking a year off from school to train for Moscow 1980, his chance to compete at a second Olympic Games was denied by Canada’s boycott. Three of his siblings competed at the Olympic Games: George (1968), Becky (two bronze medals at 1976) and Susan (1972). Smith is credited to be the first Canadian swimmer to have a maple leaf tattoo.

Smith graduated with a Bachelors of Arts Degree in Economics from the University of California, Berkeley. He retired from competitive swimming in 1982, did some coaching, then obtained an MBA in International Business from St. Mary’s College of California. He stayed involved in swimming as a coach, volunteer, coaching instructor, television colour commentator, motivational speaker and mentor. Smith has held Board positions with numerous organizations including Swimming Canada and Commonwealth Games Canada, and coaching positions with Swimming Canada National Apprenticeship Coach, Canada Summer Games (Team BC), Canadian National Youth Swim Team, Western Canada Games (Team Alberta) and the University of California at Berkeley. An experienced sales and sales management professional from various technology companies, Smith successfully lead sales teams in Canada, the UK and the USA, and also ran his own successful business consulting entity. He settled in Tsawwassen, British Columbia with his wife Lynn Ann and their two sons.