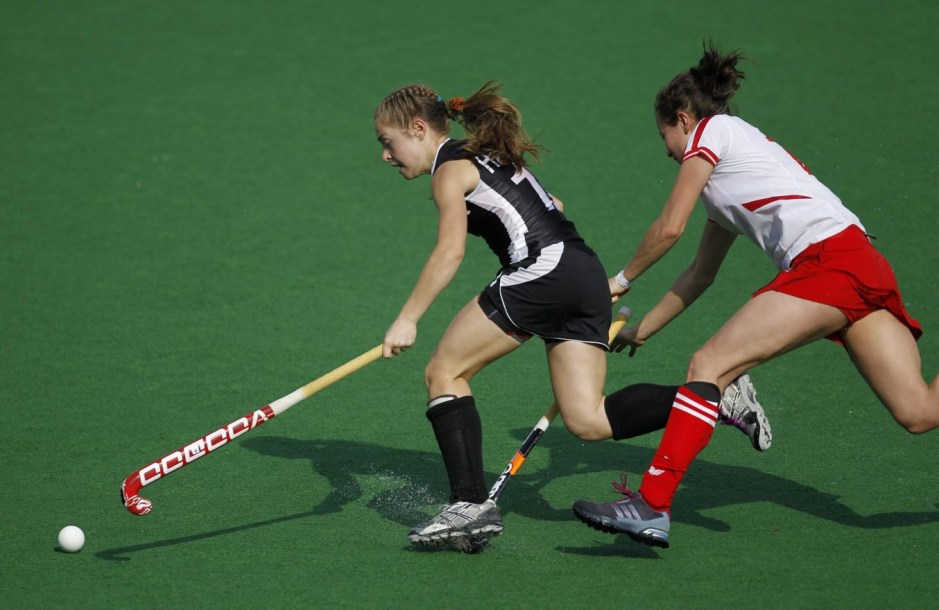 Hannah Haughn has wanted to play for Team Canada since watching the women’s field hockey team in a qualification tournament for Beijing 2008. She now has more than 175 senior caps to her credit since her first international appearance in 2011. That year, at age 17, she was the youngest member of the Pan Am Games team that just missed the podium in Guadalajara. In 2013 she competed at the FIH Junior World Cup and then helped the senior squad win bronze at the Pan American Cup. She made her Commonwealth Games debut in 2014. In 2015, Haughn was part of the Canadian team that won bronze at the Pan Am Games, Canada’s first medal at the event since 1999. During her time at the University of British Columbia, she helped lead  the Thunderbirds’ to five straight CIS/U Sports national titles. In 2012 she had been the MVP of the CIS Championship Tournament and the Joyce Slipp Award winner as CIS women’s field hockey Rookie of the Year.

A LITTLE MORE ABOUT HANNAH

Getting into the Sport: Started playing field hockey at age 7… Was captured by the sport after watching a family friend play an indoor game at UBC; as they were leaving she grabbed a broken stick that she found in the garbage and used duct tape to piece it back together and promptly joined a team… Outside Interests: Graduated from the University of British Columbia in 2017 with a Bachelor of Kinesiology…Works as a mental health counselor… Enjoys reading, running, hiking… Odds and Ends: Favourite motto: “She was powerful, not because she wasn’t scared but because she went on so strongly despite her fear”… Has a lucky pink shoelace she has been using since joining the national team in 2010… While living in Australia for a year, was selected to train for the 2012 Olympic Games in gymnastics for Australia… Used to ski race competitively … Nicknames: Hans… Role model is Clara Hughes because she has shown her that nothing is impossible if one is willing to work hard and she continually gives back to sport…

Kaitlyn Williams has earned more than 135 senior caps since making her national team debut in 2011. Later that year…