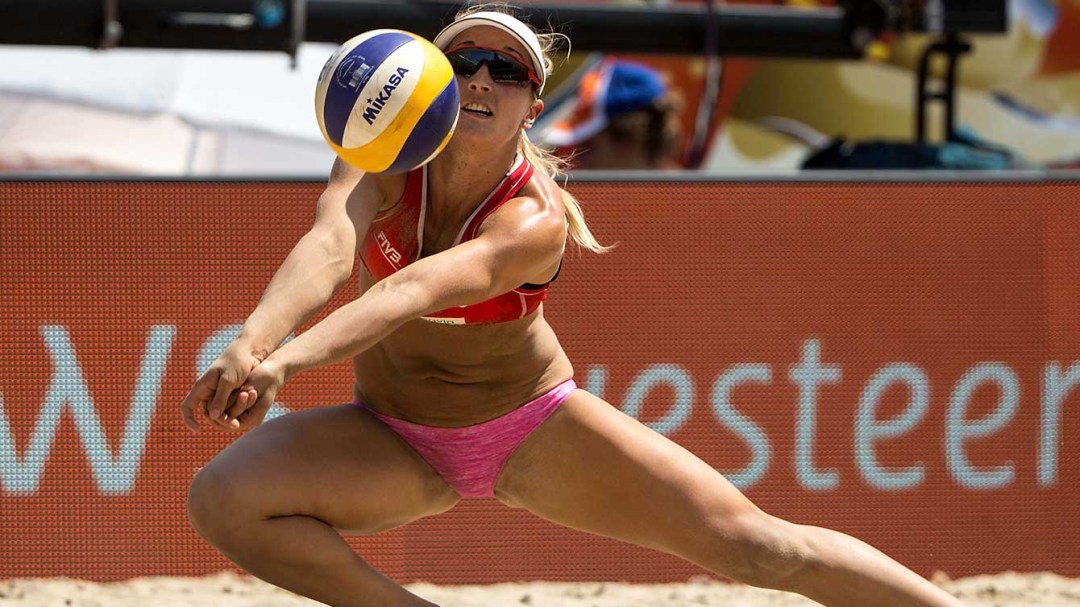 After discovering beach volleyball as summer training for her indoor university career, Heather Bansley first represented Canada at the 2007 Junior World Championship before joining the national team and starting a partnership with Elizabeth Maloney that took them to the 2011 Pan Am Games in Guadalajara where they finished fifth. The duo then helped earn Canada an Olympic berth for London 2012 but lost out on the spot at the national trials. That disappointment motivated her to never leave Olympic qualification to chance again.

Following Maloney’s retirement in 2013 due to a knee injury, Bansley partnered with Sarah Pavan, a convert from the indoor game who was looking to fulfill her Olympic dream. As Canada’s top-ranked team, they enjoyed a breakout season in 2015, reaching their first FIVB World Tour podium with their second-place finish at the Prague Open in May. They went on to earn Canada’s first ever FIVB Major Series medal for women in Porec, Croatia, finishing second. Bansley and Pavan also posted Canada’s then-best ever women’s result at the world championships with their fifth-place finish. Bansley finished the season as the top women’s scorer in Major Series events. After closing the 2015 season with a fourth-place finish at the FIVB World Tour Finals, Bansley was named the 2015 FIVB World Tour Best Defensive Player.

Bansley and Pavan reached two more podiums in 2016, winning bronze at the Moscow Grand Slam and another silver at the Porec Major Series. At Rio 2016, Bansley and Pavan advanced to the quarterfinals, matching Canada’s best ever Olympic result in women’s beach volleyball with their fifth-place finish.

After the Games, the duo split, and Bansley ended up playing at the FIVB World Tour Finals in Toronto with new partner Brandie Wilkerson where they posted a top-10 finish. Bansley would win her second consecutive Defensive Player of the Year award.

In 2017, Bansley and Wilkerson finished no lower than ninth in any of their FIVB World Tour tournaments. They reached the quarterfinals in their world championships together. They really jelled in 2018 when they earned six podium finishes, including three gold medals, on the FIVB World Tour, vaulting them to the top of the FIVB World Ranking. They would earn two more World Tour podiums in 2019.

A Little More About Heather

Getting into the Sport: Began playing indoor volleyball in high school… Started playing beach at age 20 because U of T coach Kristine Drakich was an advocate of beach volleyball as summer training… As a shorter player, she relied on ball control and athleticism, better suiting her to the beach game… Outside Interests: Enjoys reading (autobiographies and memoirs), listening to podcasts… Loves to cook at home, believing that food has the power to heal and bring joy… Interested in holistic and sport nutrition… Volunteer coach with U of T’s women’s volleyball team… Graduated from University of Toronto with Honours Bachelor of Arts in English and Linguistics in 2010… Interested in pursuing a career in policing… Odds and Ends: Favourite quote: “Trust the value of joyful laughter on your journey”…