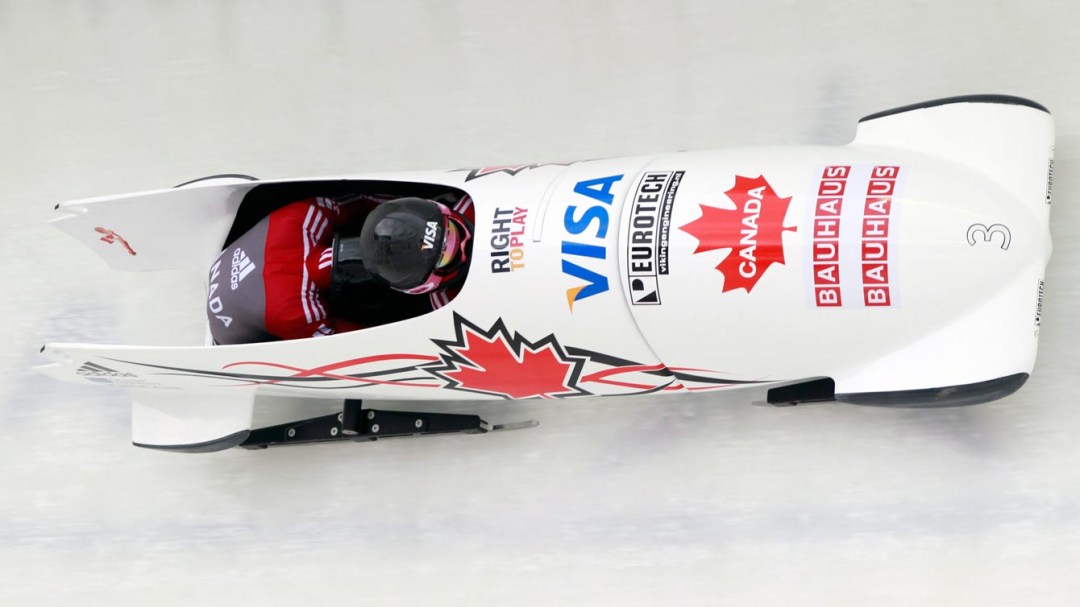 Jenny Ciochetti made her Olympic debut at Sochi 2014, finishing 13th in the women’s two-man event with brakeman Chelsea Valois.

Recruited to the Canadian bobsleigh team in the summer of 2006, Ciochetti made her World Cup debut in December of that year as the brakeman for pilot Helen Upperton.  The two enjoyed some international success, such as seven World Cup podiums including three victories as well as back-to-back fourth place finishes at the 2008 and 2009 World Championships. During 2009-10, she split time pushing Upperton’s sled but was not named to the Vancouver 2010 Olympic Team.

The next season, Ciochetti decided to become a pilot after taking driver’s school.  She spent 2010-11 competing on the America’s Cup developmental circuit before moving to the Europa Cup circuit in 2011-12.  She also made her first two World Cup starts as a pilot before taking a step back to be the brakeman for Kaillie Humphries at the final World Cup of the season as well as at the 2012 World Championships. Still one of the best pushers in the country, Ciochetti and Humphries won gold at both events.

In 2012-13 Ciochetti spent her first full season on the World Cup as the pilot of Canada 2. The highlight was a sixth place finish on the 2014 Olympic track at the Sanki Sliding Centre. She also finished 18th in her world championship debut as a pilot.

Getting into the Sport: A former sprinter who competed for the University of Hawaii and the University of Alberta… Won gold in the 4x200m relay and finished sixth in the 60m sprint at the 2006 CIS Championships … After a bobsleigh coach noticed her size, her track coach encouraged her to try the new sport… After a successful camp, she dropped out of her last year of university to pursue bobsleigh… Outside Interests:Enjoys painting in her spare time… Loves to read and play games with teammates while on tour… Grew up volunteering, including at the Hope Mission dedicated to helping the homeless in Edmonton… Volunteers at the Calgary Women’s Emergency Shelter… Studied Fine Arts (major: Design) at the University of Alberta….Odds and Ends: Inspired by athletes who use the opportunities open to them to help enhance other people’s lives such as Johann Olav Koss and his work with Right to Play… Always travels with a blanket for the plane…  Favourite motto: “To whom much has been given, much will be required”…

At the Turin 2006 Olympic Winter Games, Helen Upperton missed a bronze medal by just five-one hundredths of a second.…