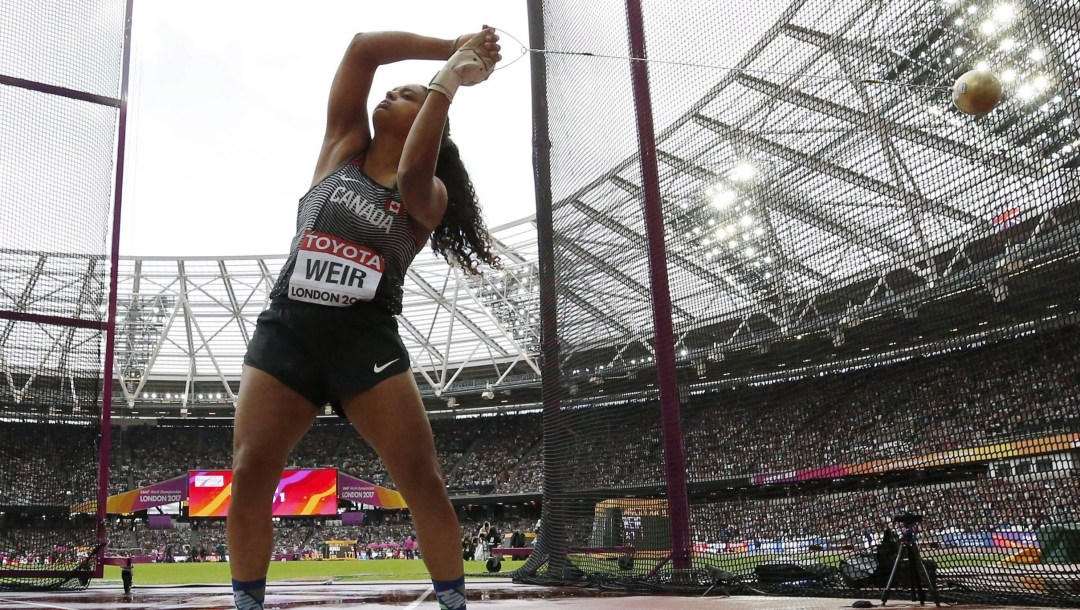 • Won the Canadian hammer throw title in 2018 after being the runner-up in 2017
• Won hammer throw silver the 2018 NACAC Championships in Toronto with a throw of 71.69m
• Represented Canada at the 2017 IAAF World Championships and 2018 Commonwealth Games, but was unable to record a measurement at either
• Competed collegiately for the University of Oregon, where she was a two-time All-American, highlighted by a fourth-place finish in hammer throw at the 2015 NCAA Championships

A Little More About Jillian

Getting into the Sport: Started competing in track and field in grade six, doing some throwing, running and jumping events but didn’t start throwing hammer until university… Outside Interests: Enjoys playing board games or cards with teammates, Euchre can get competitive! During the off-season likes to spend time with friends, travel, and go to the beach… Graduated from the University of Oregon in 2015 with a Bachelor’s of Science… Odds and Ends: Father Robert Weir was a three-time Olympian for Great Britain in discus and hammer throw. Jillian attended Atlanta 1996 and Sydney 2000 to watch her father compete… Favourite motto: It is your commitment to the process that will determine your progress…

Heather Steacy made her Olympic Games debut in 2012 and finished 34th in the women's hammer throw event.