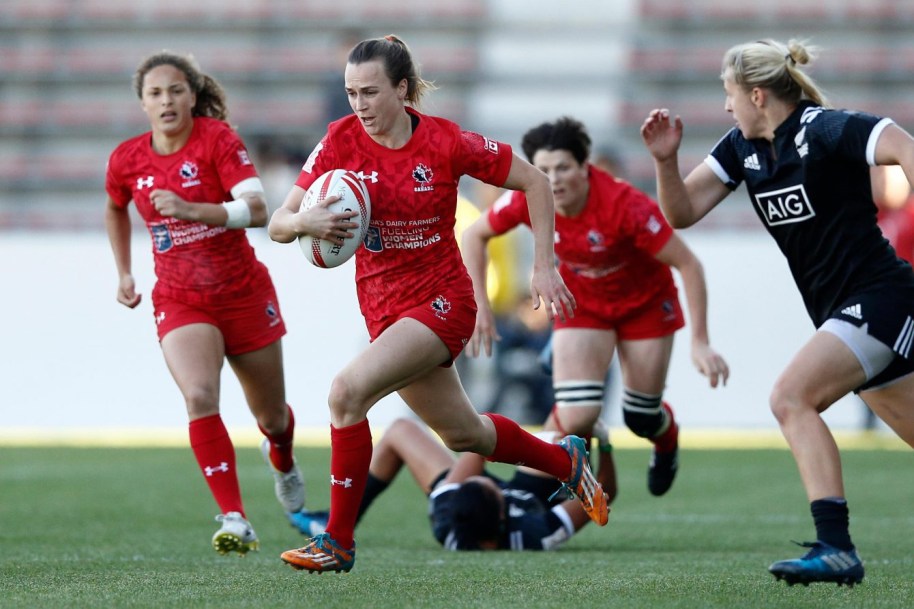 Julia Greenshields joined the national team program as a 19-year-old with the Maple Leafs development team. After dealing with some stress fractures in 2012, she joined the senior team in 2013 in the inaugural season of the World Rugby Sevens Series. She appeared at a pair of stops to help Canada finish third overall. Greenshields has played for Canada in each season since, scoring her first Series try in Dubai at the start of 2014-15. That year Canada had their best overall result, finishing second in season standings. After playing in three Sevens Series matches the following year, she was named as a reserve to the 2016 Olympic team.

Greenshields became a regular starter on the Sevens Series in 2016-17 and finished tied for second in team scoring with 21 tries. The following year, she again finished second in team scoring with 14 tries, despite not playing in the last tournament of the season after she tore her MCL. Greenshields had just a short time to rehab before the World Cup Sevens that summer and she battled to get back to her original speed and fitness. Earlier in the spring, she had scored two tries at the Commonwealth Games in Gold Coast, helping Canada to a fourth-place finish.

In 2019, Greenshields was again an offensive force for Canada, contributing 11 tries and helping Canada finish third in the overall Sevens Series standings. That secured Canada’s spot at Tokyo 2020. In the shortened 2019-20 season, she played in every game for Canada as they repeated their overall third-place finish. Greenshields has more than 50 tries and 15 conversions in over 120 career Sevens Series matches.

A Little More About Julia

Getting into the Sport: Started playing rugby at age 15… Tried out for the high school team because they were going on a trip to North Carolina… Tackled a player with the ball in her first game and fell in love with the sport… Enjoys the fast pace of the sevens game as well as rugby culture… Outside Interests: Enjoys cooking and baking… Would like to pursue a career as a nutritionist or as a strength and conditioning coach… Has also thought about how cool it would be to open her own bakery… Odds and Ends: Favourite motto: “Just show up”… Likes to send postcards back to her family while travelling… 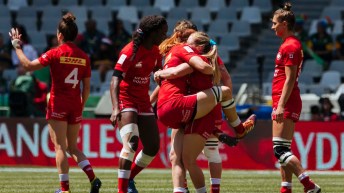 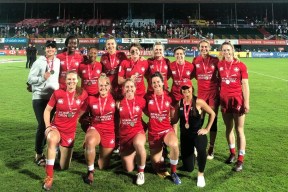