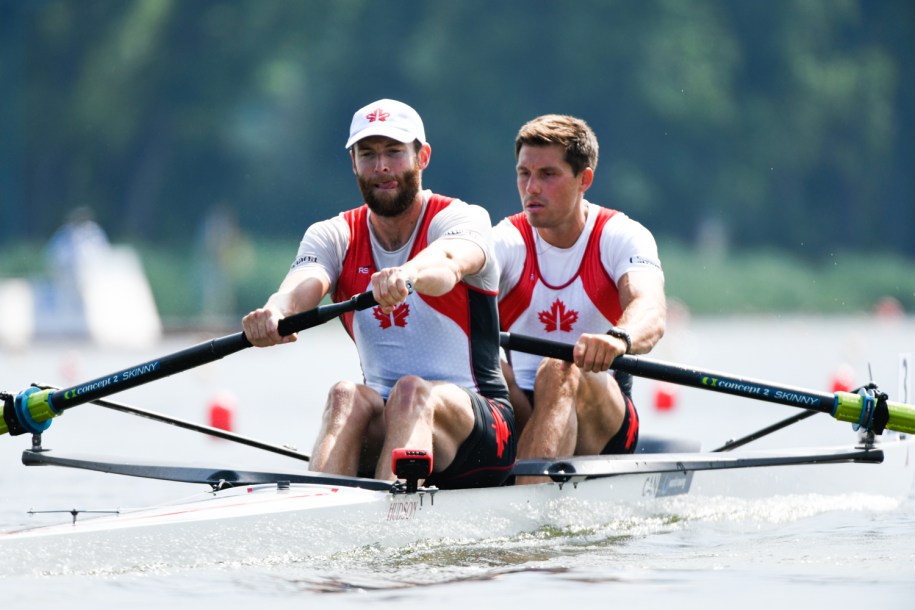 Kai Langerfeld’s first experience with rowing came when he was 13 and his father York – who competed in rowing at Montreal 1976 –  took him out in a boat during an Olympians get-together. He thought it was the worst sport he ever tried. Fast forward a few years to when he was at the University of Victoria and decided to give it another go, this time with success. In his second year he was a double gold medallist at the 2010 Canadian University Championships in the eight and the coxed pair. A year later he added a bronze in the eight.

Langerfeld went on to be a double silver medallist in the eight and the four at the 2011 Pan Am Games. After not making the Olympic team for London, he competed at the 2012 World Rowing Championships and won a bronze medal in the coxed pair. Coming back from a bulged disc in 2013,  Langerfeld was part of the four in 2014, winning his first World Cup medal, a bronze, in Lucerne and finishing fifth at the world championships.

In 2015 he and the “True North Four” won another World Cup bronze medal in Varese, Italy and then narrowly missed the world championship podium with their fourth- place finish. In between he won two gold medals at the 2015 Pan Am Games in Toronto as a member of the four and the eight. Langerfeld became a second generation Olympian at Rio 2016 where he was a member of the four that advanced to the A final.

A Little More About Kai

Getting Started: Started rowing in 2009 when he was 21… While working at Costco he wanted to get back into team sports and thought of rowing because of his dad… Outside Interests: Graduated from the University of Victoria in 2012 with a degree in Social Sciences… Enjoys watching movies, listening to music… Odds and Ends: Favourite motto: “How we spend our days is how we spend our lives”… Nickname: Kaiser per… Favourite food: sushi…