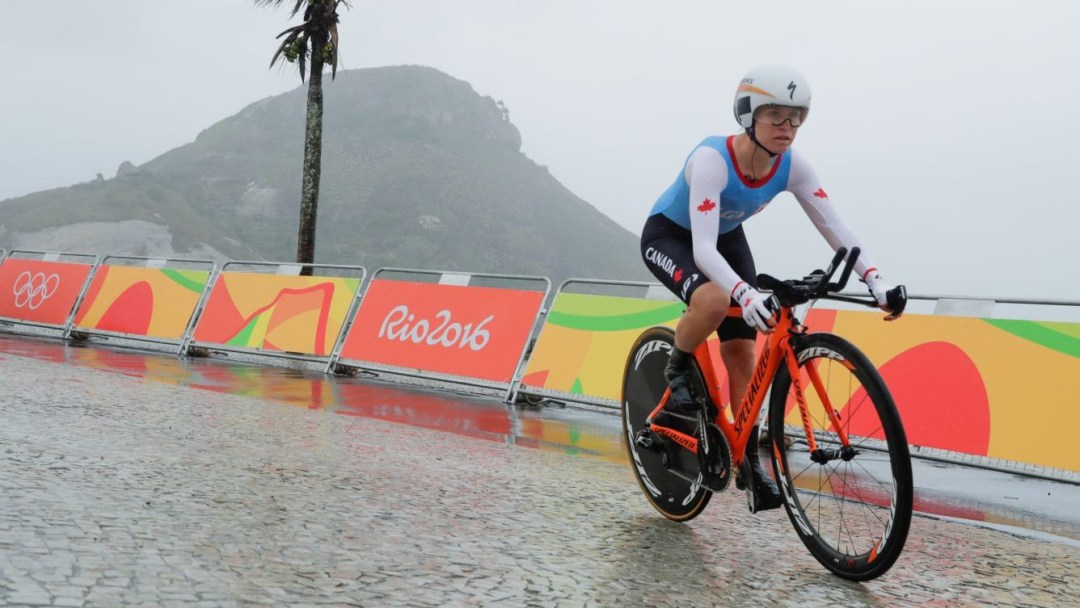 Karol-Ann Canuel made history in 2014 when she became the first Canadian cyclist to win world championship gold in the team time trial, doing so with her Specialized-lululemon trade team. Two days later she posted a career-best individual result with her sixth- place finish in the individual time trial. She was unable to finish the road race when she was involved in a massive crash that left her with a broken pelvis. Canuel was lucky to just compete at those worlds after a crash in early June sidelined her for six weeks with a broken C6 vertebrae, a fractured rib and a concussion.

In 2015, Canuel repeated her world championship gold medal performance in the team time trial, but with the Velocio-SRAM trade team. She also posted top-15 finishes in both the individual time trial and road race. Canuel won the 2015 national title in the time trial.

In her Olympic debut at Rio 2016, Canuel was Canada’s top finisher in the women’s road race. Racing professionally with the Boels-Dolmans team, she won her third straight world title in the team time trial later that season.

In 2017, Canuel finished eighth in the general classification of the Giro d’Italia Internazionale Femminile. At the 2018 World Championships, she placed sixth in the road race and eighth in the individual time trial. From 2015 to 2018, Canuel She also recorded four straight podium finishes in the individual time trial at the Grand Prix Cycliste de Gatineau.

In 2019, Canuel won the road race at the Canadian championships, her first victory in that event since joining elite competition. It came just a few weeks after she had broken her clavicle.

A Little More About Karol-Ann

Getting into the Sport: Started cycling competitively at age 11; fell and broke her helmet in her very first race but was back on her bike the next day… Was drawn to the opportunity to excel and constantly improve… Outside Interests: Graduated from l’Université du Québec en Outaouais (UQO) in 2013 with a degree in nursing… Enjoys reading, yoga, watching Netflix… Odds and Ends: Nickname: Karo… Inspired by the Olympic performances of Marie-Hélène Prémont, Lori-Ann Muenzer, and Clara Hughes…