Family: Parents Ernest and Glenda Ewanovich… Siblings Kelsey, Jason and Jamie… Getting into the Sport: Started playing handball at age 16… Her soccer coach played and asked her to try out for her team… Outside Interests: In her spare time enjoys being in nature… When she’s not playing handball, she’s thinking about handball… Odds and Ends: Nickname: Berley… Role model is Thierry Omeyer, who she calls the best goaltender of all time… Before the game starts will touch all three posts twice… Always goes for a walk before a game… Collects stickers from the countries she visits… Favourite motto: YOLO (you only live once)… 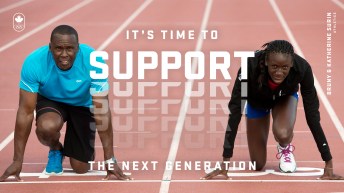 Valerie Lochet was a member of the Canadian team that competed on home soil at the 2006 Women’s Youth U-18...