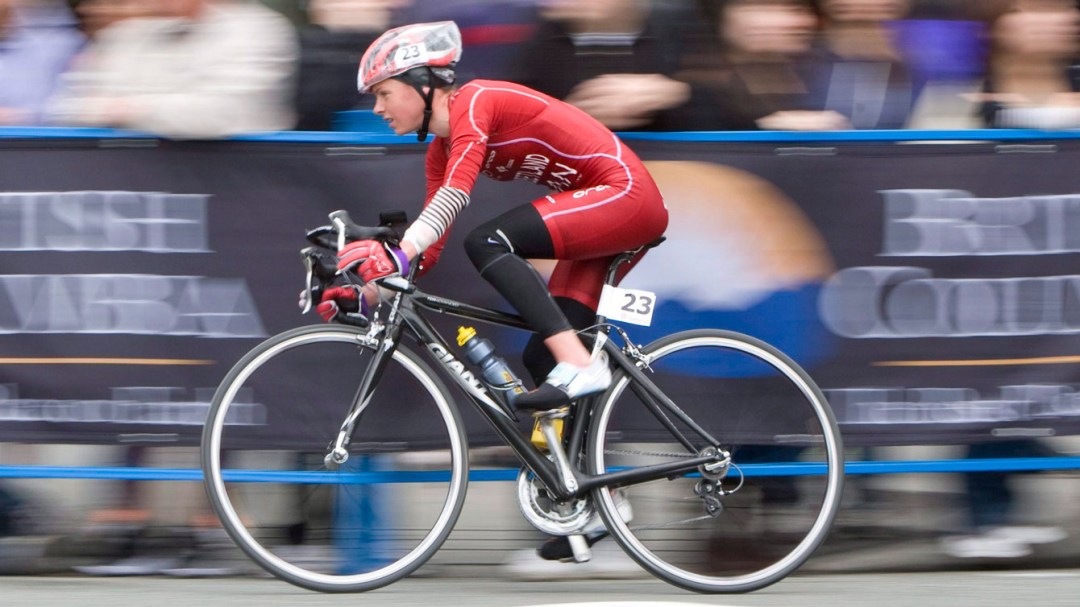 Kirsten Sweetland made history in 2006 when she became the first Canadian woman to win the world junior title. After being an alternate for the 2008 Olympic team, Sweetland captured silver at the 2010 World Under-23 Championships. But after that early success, which included her first World Cup victory in 2007, Sweetland endured numerous injuries. Over the course of her career she has suffered nine stress fractures in her legs and back, two torn plantar fascia and a concussion. After missing out on the 2012 Olympic team, she became just the third Canadian triathlete to stand on the podium at the Commonwealth Games, winning silver at Glasgow 2014. That came just a couple of weeks after she won bronze in Hamburg, making her the second Canadian woman to earn a podium finish on the World Triathlon Series. She also posted a fourth place finish in Stockholm. But in that race, she contracted a bacterial infection that made her feel like she had toxic sludge in her blood and affected her nervous system for the better part of a year. Though she tried to continue competing, tests later showed a toxic mold illness and a Rickettsia infection. In 2015, she finished just three international events, including the Rio 2016 test event. In May 2016 she completed her first international race since September 2015.

Family: Parents Robert and Judy Sweetland… Younger sister Erika… Getting into the Sport: Did her first triathlon at age 6 after receiving a flyer in the mail for a local mini tri… Grew up figure skating, dancing, and doing gymnastics… Outside Interests: Enjoys mountain biking, surfing, hiking and exploring in the off-season… Supports Fast and Female as an ambassador because she believes in keeping young girls involved in sport and a healthy lifestyle through their teenage years when many give it up… Is considering a career as a chiropractor or naturopathic doctor after having been through all of her health issues… Odds and Ends: Nickname: Kiki… Inspired by Australian 2008 Olympic champion, now her training partner and friend, Emma Snowsill for being the picture of hard work and dedication… Used to eat a peanut butter and jam sandwich just before an event… Always travels with maple syrup… Favourite motto: “It’s not over until it’s over” for when things go sideways in races…