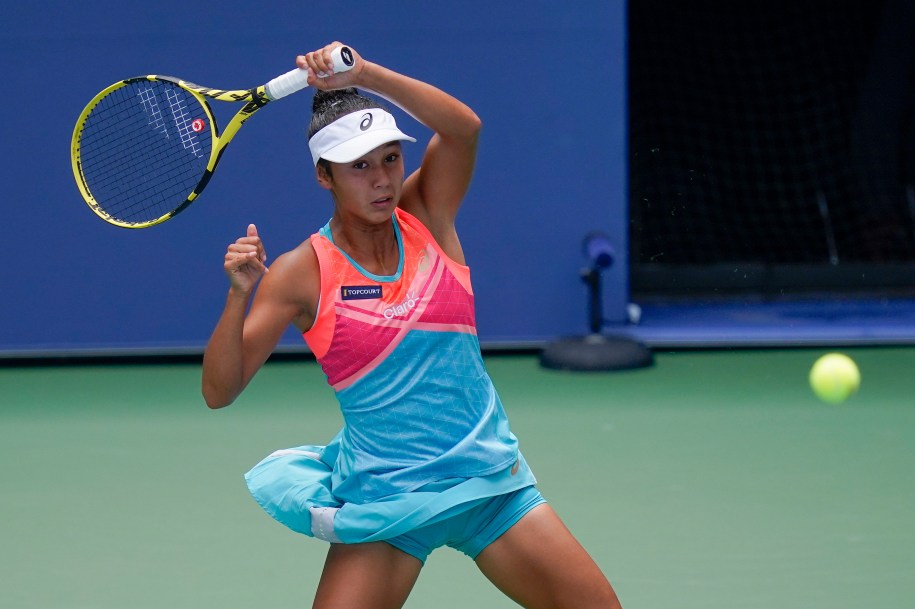 Leylah Fernandez made her first WTA main draw appearance in 2018, defeating fellow Canadian Gabriela Dabrowski in her opening match at the Tournoi de Quebec (WTA 250). She earned her first pro titles in 2019 when she won the singles and doubles at the ITF Gatineau. That year she also made her main draw debut in a WTA 1000 tournament, falling in the first round of the Canadian Open.

Fernandez became a full-time player on the WTA Tour in 2020. She advanced through qualifying to reach her first Grand Slam main draw at the Australian Open.  In February, she reached her first career WTA final at a 250 event in Acapulco, winning 12 straight sets before falling to Great Britain’s Heather Watson. She reached the second round at the U.S. Open and the third round of the French Open.

In 2021, Fernandez won her first WTA title. She was the youngest player at the Monterrey Open and didn’t drop a set the entire tournament. She also enjoyed success in doubles, partnering with Watson to reach the third round at the Australian Open and making the third round at the French Open with Mexico’s Guiliana Olmos. She hit career highs in both the singles and doubles rankings in June.

As a junior, Fernandez became the youngest Canadian to qualify for and win main draw rounds on the 25K ITF Circuit. She had her breakout year in 2019, starting her season with a run to the final of the Junior Australian Open. She won the Junior French Open title after having fallen in the semis at Roland Garros the year before, making her the first Canadian woman to win a junior Grand Slam since 2012. She reached number one in the junior world rankings on September 2, 2019.

A Little More About Leylah

Getting into the sport: Started playing tennis at age 5 and began competing at age 10… Outside Interests: Enjoys watching mystery movies and reading mystery novels… Studying business administration through the WTA partnership with Indiana University… Loves to solve puzzles and Rubiks Cubes during rain delays or in her free time at the hotel… Odds and Ends: Favourite motto: “It’s better to burn out than to fade away” -Neil Young… Inspired by Roger Federer and Rafael Nadal for their competitiveness and elegance on the court… 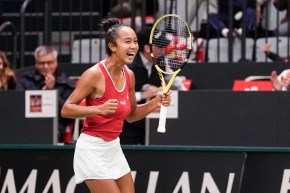 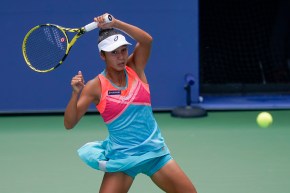