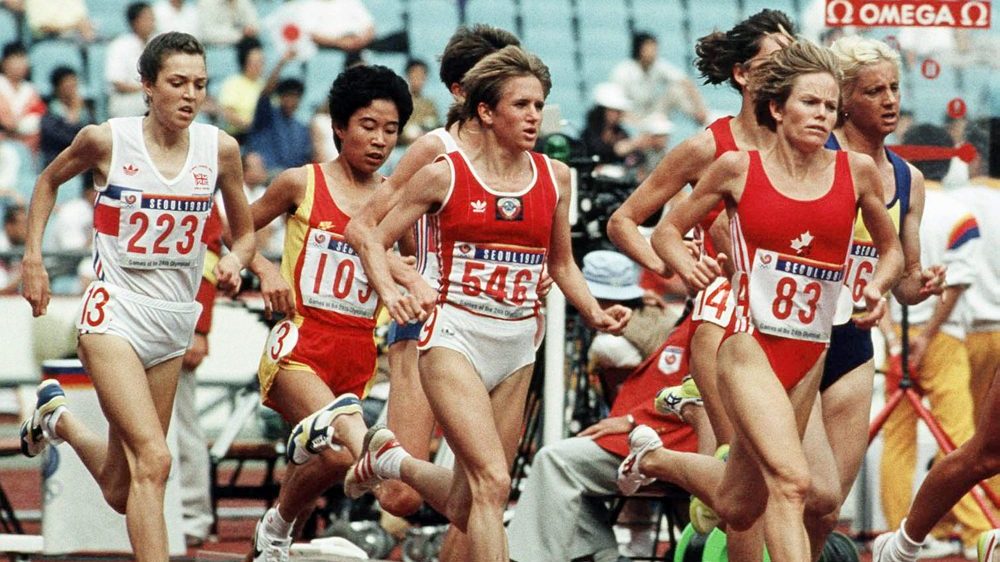 Canada’s Lynn Williams made her Olympic debut at Los Angeles 1984 in the first ever running of the 3000m for women, which turned into one of the most famous races in history. She won the bronze medal in 8:42.14 with that infamous mid-race incident between American Mary Decker and Britain’s Zola Budd happening in front of her. At Seoul 1988, Williams first finished eighth in the 3000m and a week later was fifth in the 1500m.

At the inaugural 1983 World Championships in Helsinki, Williams finished ninth in the 3000m. A two-time Commonwealth Games medalist in 1986 (3000m gold, 1500m bronze), over 3000m in 1987, Williams finished sixth at the World Indoor and ninth at the World Championships. After winning a bronze medal at the 1989 World Cross Country Championships, Williams retired from the international stage. Over her career, she set 11 Canadian senior running records between 1983-89 in the 1500m, 2000m, 3000m, 5000m, mile and 10km on the roads.

The winner of the famous 1985 Fifth Avenue Mile road race in New York City, Williams running career spanned from 1973-89. She attended Dr. Martin Leboldus High School in Regina and studied Kinesiology and Exercise Science at San Diego State University where she ran on the varsity track team, winning a 3000m bronze medal at the 1983 Summer Universiade. She moved to Burnaby, British Columbia in 1982 to train, and from 1983-2003, Williams (nee Kanuka) was married to Canadian distance runner Paul Williams and together they had four children. After retiring from competition, Williams remained very involved in sport, pursuing a career in coaching, was a motivational speaker, worked as a television colour commentator and ran a business in destination running tourism.