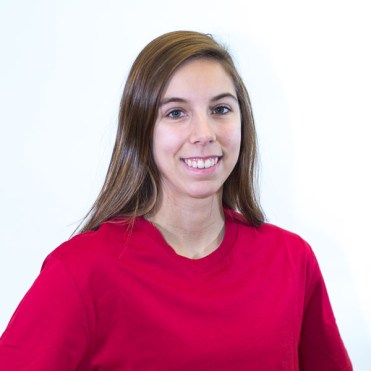 Michèle Morissette competed in her first senior international event at the 2014 IRF World Championships where she reached the round of 16 in singles. She went on to compete at the 2015 Pan American Championships. Morissette has represented Canada at seven IRF World Junior Championships, reaching the podium seven times in singles and doubles. She has also been named to the 2015 World Junior Championship team. Morissette won a bronze medal in the under-16 singles event at the 2012 Pan American Championships. In 2015, Morissette had her first Canadian Women’s Open Singles podium finish, winning bronze. She has also won three medals in the Women’s Open Doubles at the Canadian Championships, including a silver in 2015. Morissette has been the Junior National Singles Champion in her age division every year since she began competing in 2007 and has also won several junior championship titles in doubles over the span of her career. In 2013 Morissette was selected as one of 67 amateur athletes for CIBC Team Next.

Family: Father Daniel Morissette and mother Lucie Simard… Getting into the Sport: Started playing racquetball at age 8, drawn in by the sport’s aggressiveness and dynamic… Outside Interests: Enjoys doing CrossFit and being in the sun… Studying Human Sciences at Cégep de Sainte-Foy… Odds and Ends: Nickname: Mimi… Has a lucky sweater… Favourite motto: “If you’re second, you’re just the first in a long line of losers.”

Starting at the young age of six, Christine Richardson has spent her life preparing to represent her country at the...