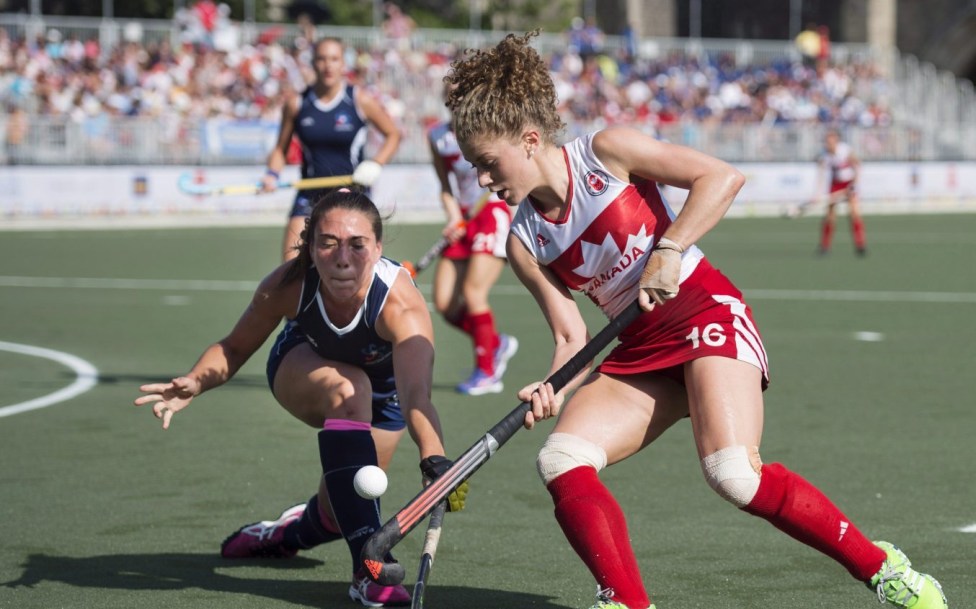 Natalie Sourisseau has more than 140 senior caps to her credit since making her national team debut in 2011. Later in the year, she was part of Canada’s near-podium performance at the Pan American Games in Guadalajara. As part of the junior national team, she won silver at the 2012 Junior Pan American Championship and then competed at the 2013 FIH Junior World Cup. She achieved a career highlight in 2015, winning a bronze medal in front of a home crowd at the Pan Am Games. In 2018, Sourisseau helped Canada to a team-best fifth-place finish at the Commonwealth Games, finishing second on the team with two goals in the tournament. Representing the University of British Columbia, she was part of the Thunderbirds’ CIS Championship runs from 2011 to 2013 after winning the Joyce Slipp Award as the CIS women’s field hockey Rookie of the Year in 2010.

A LITTLE MORE ABOUT NATALIE

Getting into the Sport: Started playing field hockey at age 13… Outside Interests: Enjoys hiking, running, going to the beach, snowboarding, camping… Graduated from the University of British Columbia in 2014 with a Bachelor of Kinesiology, Minor in Commerce… Earned a Master of Science in Business Administration from the University of Amsterdam…Odds and Ends: Favourite motto: “Believe”… Nickname: Nat… Always has a coffee and cold shower before a game… Used to be a ballet dancer… Favourite quote: “The opposite of courage is not cowardice, it is conformity. Even a dead fish can go with the flow”…