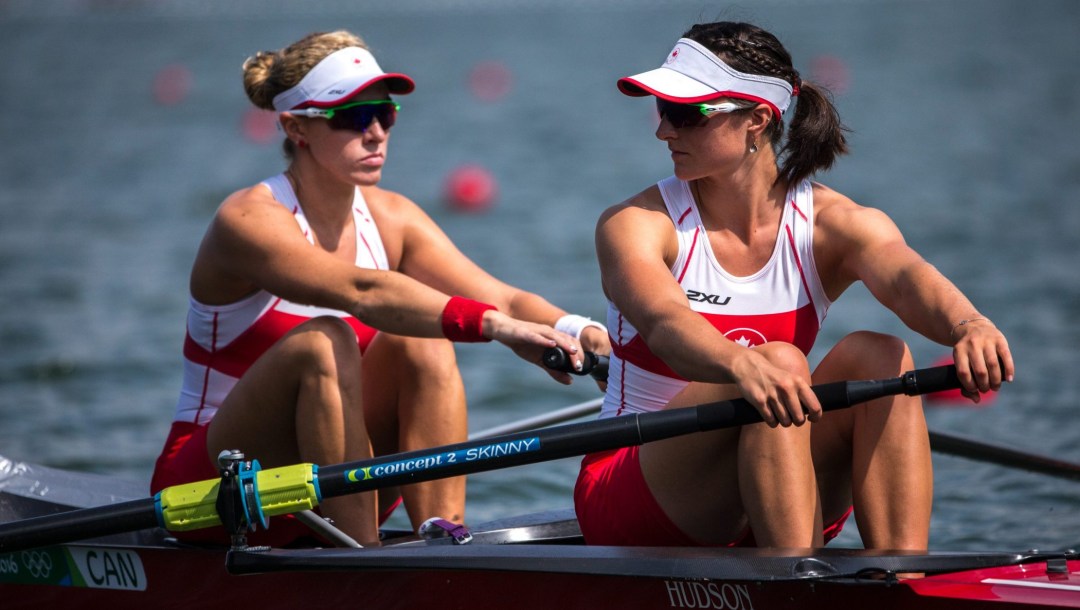 Nicole Hare made her World Cup debut at the second stop of the 2016 season in Lucerne and finished sixth in the pair B final with Hillary Janssens. It was a huge challenge to join the national team in the final year of an Olympic quadrennial and try to mold herself into the existing group, but she was met with nothing but support. She made her Olympic debut at Rio 2016 in the pair with Jennifer Martins.

Hare had previously represented Canada at three straight editions of the world U23 championships, finishing fifth with the eight in 2013 followed by bronze and silver medals with the four in 2014 and 2015, respectively. She made one last appearance at the U23 Worlds in 2016, winning gold in the pair with Hillary Janssens.

In 2017, Hare competed in the four in senior international competition, winning a World Cup bronze in Lucerne before making her debut at the World Rowing Championships. She also competed in the eight at the 2017 Worlds, winning the silver medal.

Hare struggled with injuries in 2018, first a rib fracture and then a muscle tear. In trying to return from those back-to-back injuries she realized she needed to take a couple of months for self-care as she felt the pressure to get back on the water. She competed with the eight at one World Cup but not at the world championships.

In 2019, Hare competed in two World Cups, one with the eight and one with the four. She then helped the eight to a fourth-place finish at the world championships, qualifying the boat for Tokyo 2020.

Hare’s first major success came in 2010 when she won the junior women’s double sculls at the Royal Canadian Henley Regatta with Ashley Vrielink. She went on to be a co-recipient of Rowing Canada’s Junior Female Sculler of the Year in 2012. During her freshman year at Washington State University in 2012-13, Hare competed in both the junior and varsity eight before moving to the varsity crew exclusively in 2013-14. That year she was named as a Second Team All-American and a National Scholar-Athlete by the College Rowing Coaches Association.

A Little More About Nicole

Getting into the Sport: Started rowing at age 12 and began competing in the prairie regatta circuit… Had no idea what to expect in the beginning so she wore a swimsuit to her first on-water practice… Rowing was “recreationally competitive” until high school… Outside Interests: Graduated from Washington State University in 2017 with a Bachelor of Business Administration, double majoring in Operations Management and Marketing… Also completed a certificate program in Global Leadership… Odds and Ends: Lithuania’s Ieva Adomaviciute was a teammate at WSU and her role model for showing how to dig deep and do work she never thought was possible… Favourite quote: “A ship in harbor is safe, but that is not what ships are built for.” – John A. Shedd…

In her Olympic debut in Rio, Jennifer Martins competed in the pair. She returned to the eight for the 2017…

Caileigh Filmer made her Olympic debut at Rio 2016 as a member of the women’s eight that finished fifth.