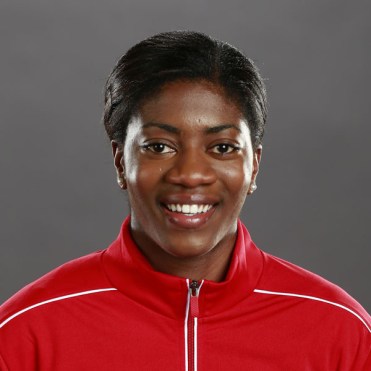 Nkem Ezurike earned her first senior cap at the 2014 Cyprus Cup where Canada would finish fifth. She has plenty of junior experience, winning bronze with the under-20 team in 2012 and silver with the under-17 team in 2008 at the CONCACAF Championships. She is the career leader in goals (49) and points (118) for the Michigan Wolverines. Ezurike was a 2013 All-American, a four-time All-Big Ten Team member (2012-13 first team, 2010-11 second team), a 2010 Big Ten All-Freshman Team member, and a three-time Academic All-Big Ten Team member (2011-13). She was drafted eighth overall by the Boston Breakers in the 2014 NWSL draft. She was also a National Champion in 2008 with Halifax City SC.

Family: Parents Levi and Christie Ezurike were born in Nigeria… Siblings Abuchi, Didi, and Nneka… Getting into the Sport: Started playing soccer at age 6… Outside Interests: Graduated from the University of Michigan in 2014 with a Bachelor of Arts in Economics and International Studies… Enjoys listening to music… Odds and Ends: Biggest role model growing up was Didier Drogba because of the way he played…

Melissa Fraser won the national javelin title at the 2011 Canadian Championships. After fourth place finishes in 2012 and 2013,...