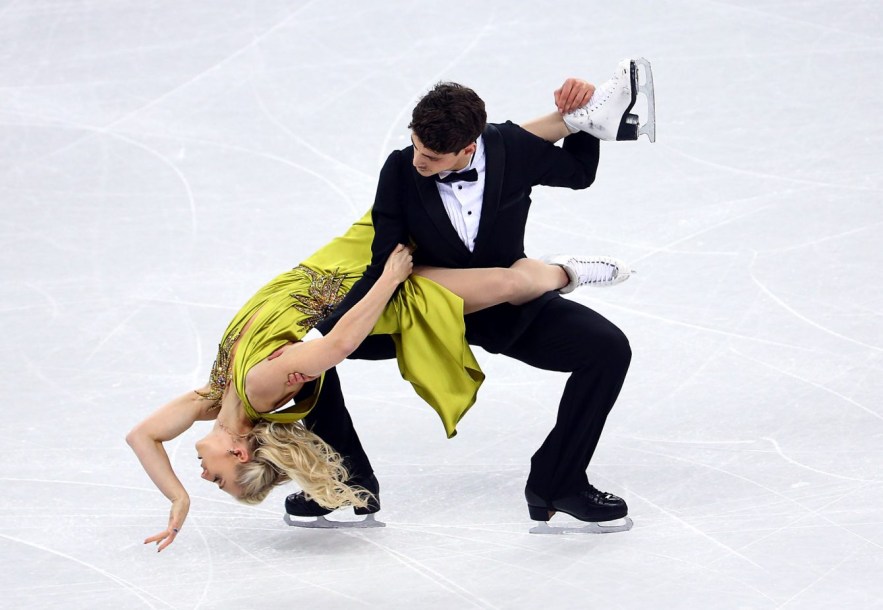 Paul Poirier teamed up with Piper Gilles in July 2011. At their first national championships together in January 2012, they won the bronze medal in ice dance but were ineligible to compete internationally that season because Gilles had competed for the United States the year prior. They debuted as a couple on the ISU Grand Prix in the fall of 2012 and competed at their first world championships together in 2013.

In May 2013, Poirier suffered a right ankle fracture dislocation and underwent surgery to insert plates and screws. They were able to compete at the 2014 Canadian Championships, but weren’t quite physically or technically ready to take their best shot at qualifying for Sochi 2014 and missed the Olympic team by one spot. That fueled their fire for the next quadrennial. After winning silver at the 2014 Four Continents Championships, they had one of their strongest seasons in 2014-15, winning a pair of silver medals on the Grand Prix series and qualifying for the Grand Prix Final. They went on to post a career-best finish at the world championships, placing sixth.

Gaining a reputation as innovative skaters who try to do the opposite of what people expect, Gilles and Poirier had their partial step sequence from the 2015-16 short dance adopted as a new pattern dance by the ISU and dubbed the Maple Leaf March. They had been struggling with that program all season, tweaking it constantly and changing the music entirely three weeks before the worlds, where they ended up placing fifth in the short dance to put them into the final flight for the free dance. At the 2017 World Championships they recorded their second straight eighth-place finish. After winning silver at the 2018 Canadian Championships, Gilles and Poirier competed at PyeongChang 2018 where they had yet another eighth-place finish. They followed up by matching their career-best world championship result a month later.

Poirier had a prior successful partnership with Vanessa Crone that included a world junior silver medal in 2008, a Canadian title in 2011, and competing at the Vancouver 2010 Olympic Winter Games.

A little more about Paul

Getting into the Sport: Started skating at age five… Was put into hockey along with his brothers but instead of chasing the puck would spin on the faceoff dots… Once enrolled in figure skating, loved being able to do what he wanted… From ages 9 to 18 he split his time between ice dance and men’s singles; focused on ice dance because his career was more established and he liked the artistic freedom it provided… Outside Interests: Completed his Bachelor of Arts in linguistics at the University of Toronto in 2015 with thoughts of starting a Masters’ program in the fall of 2018…   Has always been passionate about language, so spends a lot of time reading and doing linguistics research… Enjoys exploring local food markets, cooking, finding new restaurants, loitering in coffee shops… Odds and Ends: Admires partner Piper for her ability to perform with abandon and be present in each moment, something he’s strived to learn from her to grow as an athlete an artist… Favourite Olympic memory is walking into the Vancouver 2010 Opening Ceremony… Favourite quote: “Work is love made visible.” – Khalil Gibran…