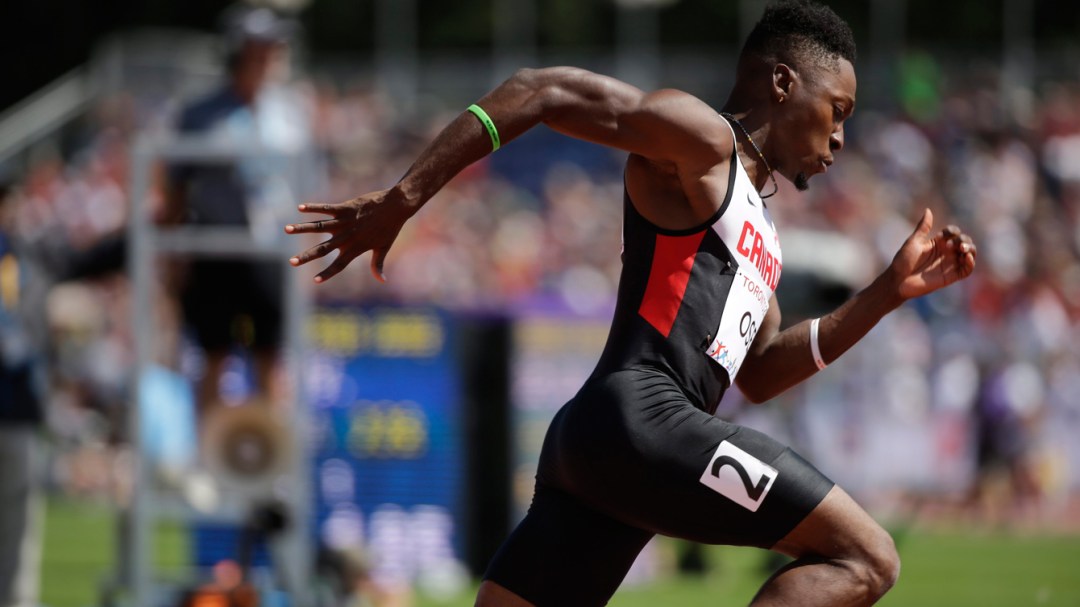 Philip Osei has known he wanted to represent Team Canada since winning bronze in his first year competing in the 400m at the Ontario high school championships (OFSAA). He made his Pan Am Games debut at Guadalajara 2011 as part of the 4x400m relay team. He also competed at the 2014 Commonwealth Games in Glasgow. In 2015, Osei returned to the Pan Am Games, competing in front of a hometown crowd in Toronto. In 2019, he earned the first senior international medal of his career, running the anchor leg as Canada won silver the 4×400 mixed relay at the IAAF World Relays. Osei achieved his personal best time in the 400m (45.23) at the 2015 NACAC meet in San José, Costa Rica. He won the 400m national title in 2013 and 2015 to go with a silver in 2012 and bronze medals in 2011, 2014, 2016 and 2018.

A LITTLE MORE ABOUT PHILIP

Getting into the Sport: Had always loved running but didn’t take it seriously until grade 11… Was recruited to his high school track program in 2009… Outside Interests: Enjoys social media and observing urban culture… Enrolled in General Studies at the University of Guelph… Odds and Ends: Nickname: showabs… Role model is Stephen Curry because of his humbleness and edge… Always wears a gold chain for good luck… Always takes three deep breaths before getting into the blocks… Collects pins and local currency from his travels… Favourite motto: “Light work”…