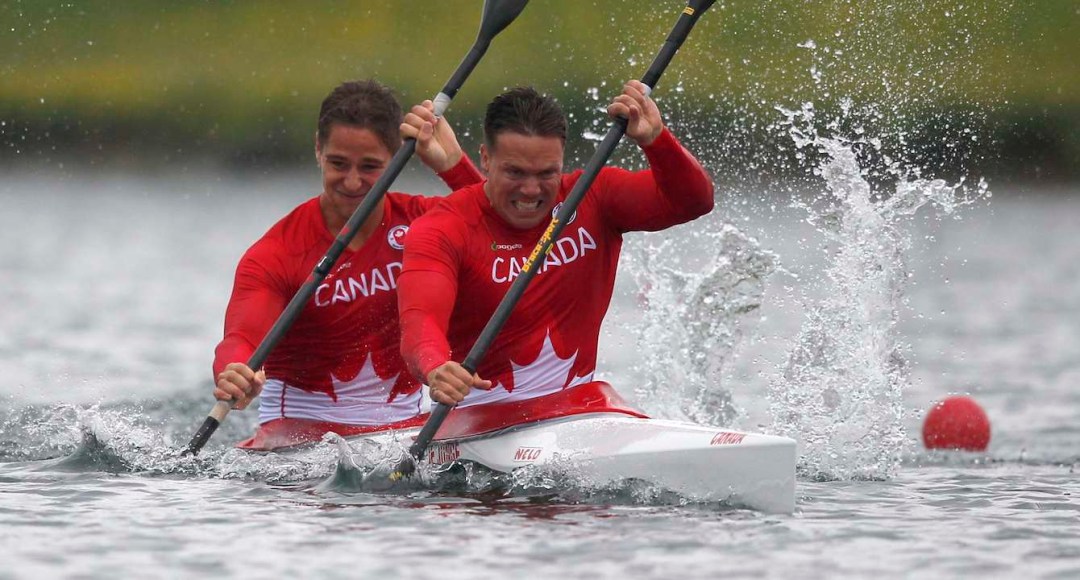 Pierre-Luc Poulin broke onto the international scene at the 2013 World Junior Championships where he finished eighth in the K-1 200m and K-4 1000m on the home waters in Welland. Known for his sprinting ability, he had already dominated the short distance events at the 2013 Canada Games, winning four gold medals in the K-1 500m, K-1 200m, K-2 200m and K-4 200m.

Poulin went on to compete at the 2014 World U23 Championships, again finishing eighth in the K-4 1000m. In October 2014 he and his brother Maxim, a canoer, were named to the inaugural NextGen Training Group launched by CanoeKayak Canada, Own the Podium, CanoeKayak Quebec and the Institut National du Sport du Quebec. With his eyes on the podium at Tokyo 2020, Poulin competed in his first World Cup events in 2015.

A Little More About Pierre-Luc

Getting into the Sport: Started paddling at age 7… Wasn’t interested in participating in canoe/kayak but watched his brother Maxim train with his high- level program from the dock; one afternoon national team coach Fred Jobin took him out in the coaching boat to meet the athletes and then gave him an DVD of the world championship races; he watched that DVD so much it barely plays anymore but it motivated him and the next year he won his first provincial championship… His brother had started canoeing after Olympian Maxime Boilard (his mother’s former newspaper carrier) presented at his primary school… Outside Interests: Enjoys snowmobiling and backpacking…

Hugues Fournel hails from an accomplished paddling family. Both parents represented Canada on the international stage; his late father Jean...