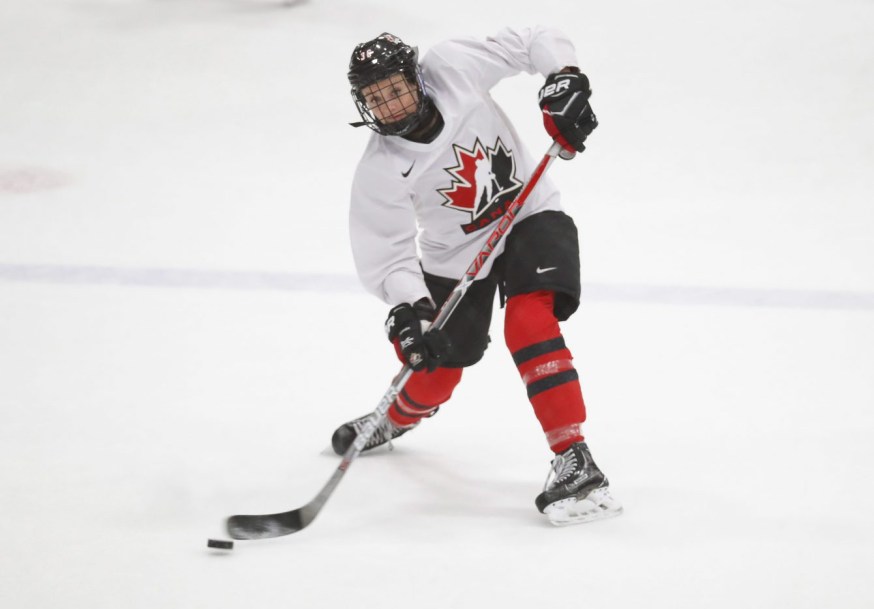 Renata Fast first wore the maple leaf as a member of the National Women’s Development Team in 2014. She won gold with that team at the 2015 Nations Cup before joining the National Women’s Team at the 2015 Four Nations Cup, winning the silver medal. Following a second straight silver at the Four Nations Cup in 2016, she made her IIHF Women’s World Championship debut in 2017, helping Canada to the silver medal. She also contributed to Canada’s silver medal in her Olympic debut at PyeongChang 2018.

Fast had played forward her entire career until she switched to defence the year before starting college. That changed certainly worked in her favour at Clarkson University as her career really took off. After reaching the NCAA quarterfinals as a freshman in 2012-13, she helped Clarkson win its first ever national championship in 2013-14 and was named to the Frozen Four All-Tournament Team. The players on the underdog team came together in their belief in each other to outwork their opponents. She made it back to the Frozen Four with Clarkson as a senior in 2015-16.

After graduation, she was selected second overall by the Toronto Furies of the CWHL and was a finalist for league Rookie of the Year in 2016-17, having led all Toronto defencemen in scoring.

A little more about Renata

Getting into the Sport: Started playing hockey at age 8, becoming competitive a year later… Outside Interests: Graduated from Clarkson University in 2016 with a Bachelor of Arts in Financial Information and Analysis… Enjoys yoga, reading, baking, hiking… Odds and Ends: Favourite athlete: former National Women’s Team player Becky Kellar…Favorite NHL Team: Pittsburgh Penguins… Has always been in awe of Canadian Olympic athletes, no matter what sport… Favourite motto: If your dreams don’t scare you, they’re not big enough…