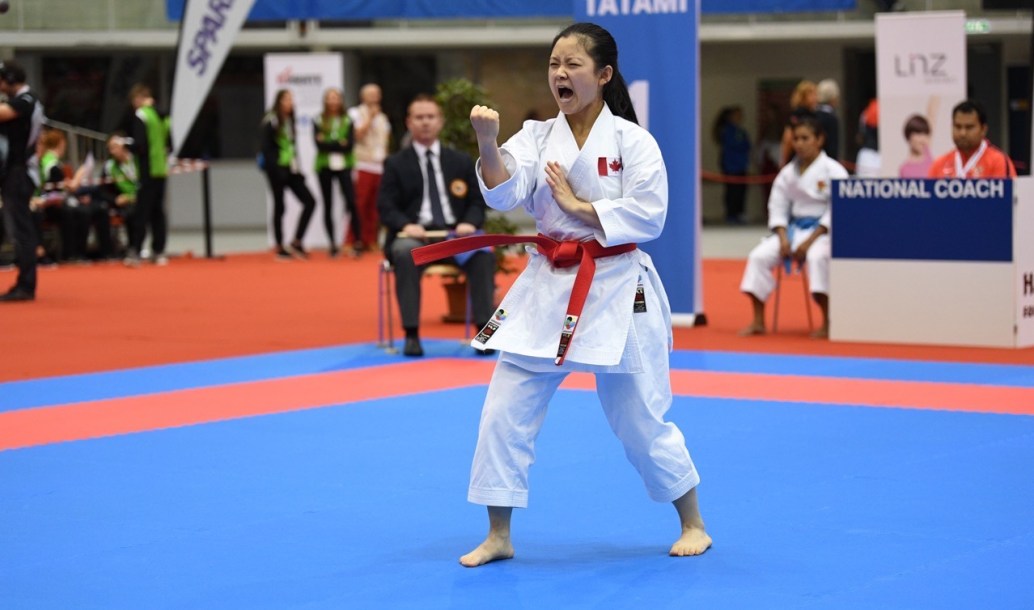 · Five-time Canadian women’s kata champion, including an active streak of four consecutive gold medals (2016-19)
· Placed fifth at the prestigious 2018 Karate 1 Premier League Rotterdam Open, against competition from all over the world
· Won bronze at the 2018 Pan American Championships
· Ranked 14th in the world in women’s kata as of June 13, 2019

A LITTLE MORE ABOUT RITA

Getting into the Sport: Enrolled in karate classes in 2005 because she liked the physical and mental discipline karate required… Started competing seriously in 2009… Outside Interests: Works as a medical radiographic technologist in Vancouver… Odds and Ends: Her parents fled Vietnam in the late 1980s, making their way to a refugee camp in Hong Kong and later relocated to the Philippines where she was born; her family was accepted into Canada shortly after she was born…