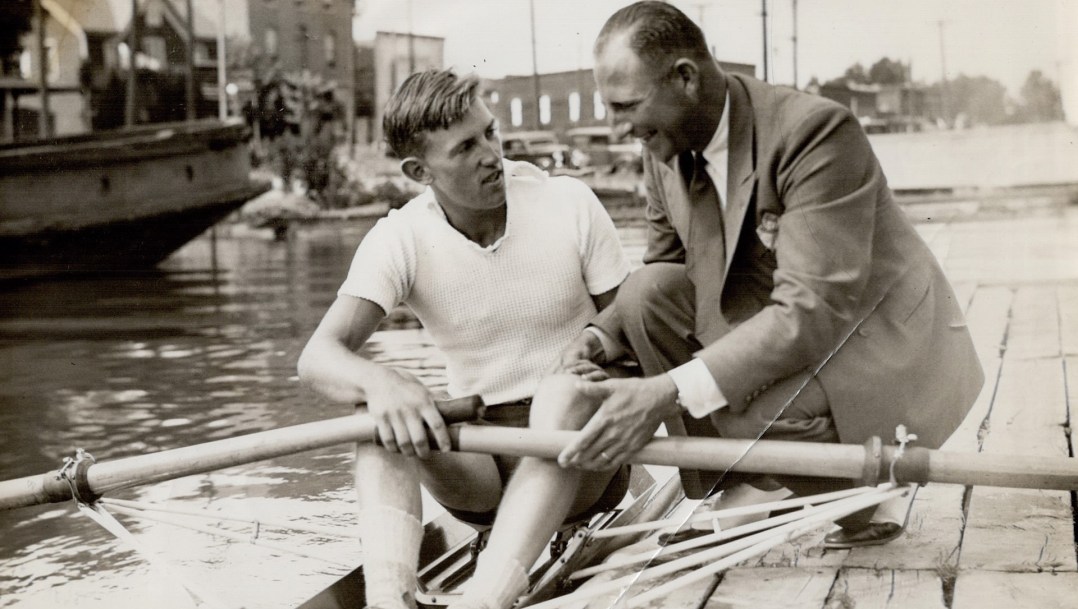 Robert “Bobby” Pearce represented Australia when he made his Olympic rowing debut in the single sculls at Amsterdam 1928, where he was his country’s Opening Ceremony flagbearer. An unexpected challenge presented itself in the middle of his quarter-final, when a family of ducks passed in single file in front of his boat. Pearce let them safely pass and then he rowed on to win Olympic gold. Four years later at Los Angeles 1932, Pearce successfully defended his Olympic single sculls title to become the first man to defend the gold medal in that event.

Pearce was denied entry to the 1928 Henley Diamond Sculls because he was a carpenter, but in 1930 when he became a whiskey salesman in Toronto he was permitted to enter the 1931 Diamond Sculls, which he won. In 1930, Pearce won the single sculls at the British Empire Games. He turned professional in 1933 and became World champion, defended his title in 1934 and won it again in 1938.

A third generation sculling champion from Australia, Pearce was the son of professional sculling champion Harry Pearce. Although he grew up in Australia, he moved to Canada finally becoming a citizen in 1972. During World War II, Pearce joined the Royal Canadian Naval Volunteer Reserve as a trainer for new soldiers, then did public relations work for the Navy until he retired in 1956, rising to the rank of lieutenant commander, also resuming his work as a liquor salesman.,

Rower Jack Guest won a silver medal in the double sculls at the 1928 Olympic Games in Amsterdam.