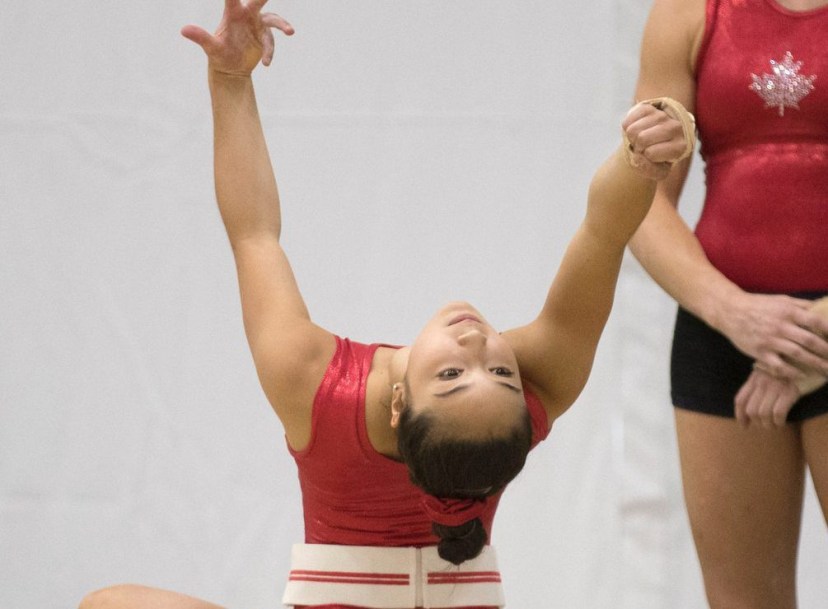 Rose-Kaying Woo is a newcomer to the senior international scene. In late April 2016 she competed in her first World Challenge Cup event in Osijek, Croatia where she won bronze on vault while placing fourth on uneven bars and beam. Earlier that winter she had finished fourth in all-around and beam at the Elite Canada meet before winning all-around Gymnastics – Artisticand team bronze at the Gymnix International Senior Cup. She had previously competed with the seniors at the 2015 Elite Canada, winning all-around gold and beam silver. She also competed in senior at the 2015 Canadian Championships, winning silver on vault to go with bronze medals in the all-around and beam. Woo followed that up with all-around and beam bronze medals at the 2016 nationals. Woo had shown great promise as a junior. Competing at her first junior nationals in 2012, she won all-around bronze to go with her beam gold and silver medals on vault and uneven bars. Two years later she was the junior national champion in the all-around, uneven bars and floor exercise and also won a bronze medal on vault. In 2014 Woo also competed at the Junior Pan American Championships, where she won five medals, including team gold and all-around bronze. She then went on to win team silver and floor exercise bronze in the junior division at the Pacific Rim Championships.

Family: Parents Billy Woo and Maryse Ronda… Older sister Victoria-Kayen Woo is also a member of the national gymnastics team who competed at the 2015 Pan Am Games, winning two medals… Getting into the Sport: Started in gymnastics at age 2, following her older sister who she always wanted to emulate… Outside Interests: Attending École secondaire De Mortagne… Odds and Ends: Has a lucky bracelet… Always travels with her stuffed animal monkey… Favourite mottos: Never give up and follow your dreams…

Alexandra Zilyuk helped team Canada to three top-five finishes at the 2018 Pan American Championships, including a bronze medal in…