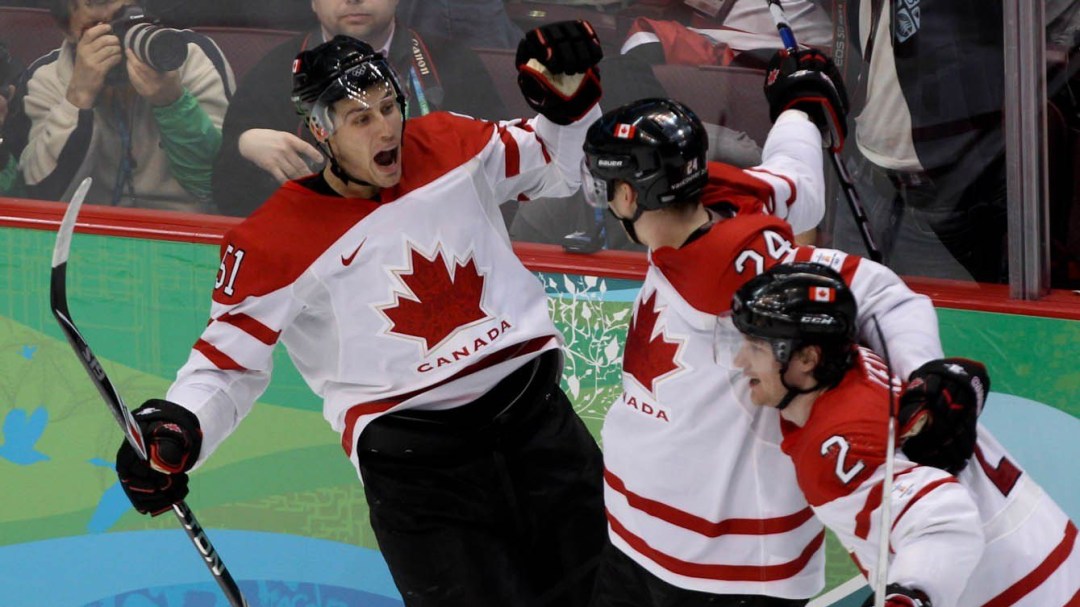 Ryan Getzlaf made his Olympic debut on home ice at Vancouver 2010 where he contributed seven points (three goals, four assists) in as many games to help Canada take home gold. Getzlaf would represent Canada again at the Olympic level during Sochi 2014 where he contributed three points in six games en route to Canada’s second straight gold medal.

Getzlaf’s first time wearing the maple leaf was in 2001 at the IIHF World Under-17 Challenge. He would represent Canada three more times at the junior level in the 2002 IIHF Under-18 Championship (gold) as well as the 2004 and 2005 IIHF World Junior Championships (silver, gold). Getzlaf also appeared at the 2008 and 2012 IIHF World Championships, winning silver at the former and serving as captain at the latter. Getzlaf’s most recent appearance with Team Canada was at the 2016 World Cup of Hockey where he helped Canada win the gold medal.

Getzlaf’s NHL career began with him being drafted 19th overall in 2003 by the Anaheim Ducks. As of 2018-19, he has remained with the organization. Serving as the Ducks captain since 2010, Getzlaf helped lead the franchise to its first Stanley Cup win in 2007.

Getzlaf was inducted to the Canadian Olympic Hall of Fame in 2012 with his teammates from the 2010 Olympic hockey team.

Taylor Curran has more than 170 senior national team caps since making his international debut in 2009. Less than a…