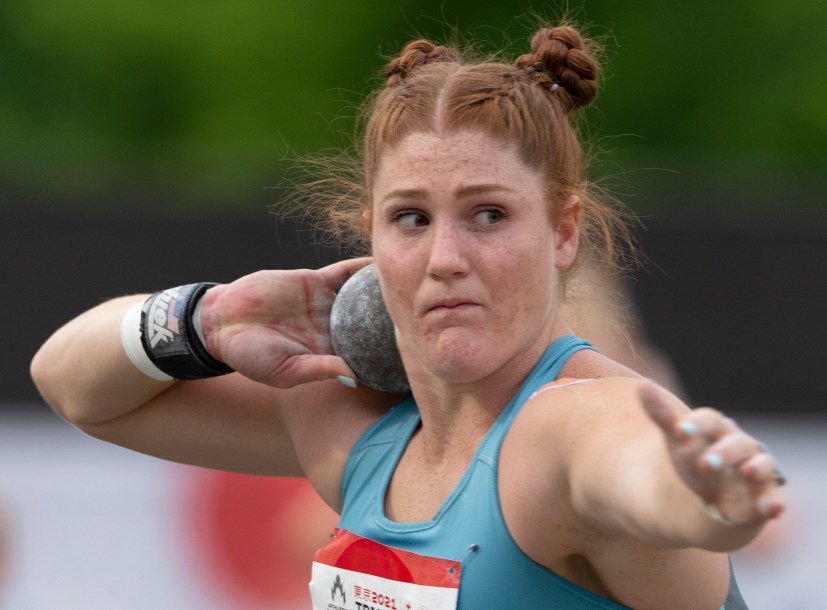 • Competed in her first major international event at the 2017 Universiade where she advanced to the shot put final
• Broke the 18-metre mark for the first time in August 2018, achieving a personal best of 18.52m after switching techniques from glide to rotational
• Finished second in shot put at the 2018 Canadian Championships
• Won the women’s shot put at the 2018 USports Track and Field Championships and was named USports Female Field Athlete of the Year
• Won shot put gold at the 2017 Canada Summer Games while representing Nova Scotia

A Little More About Sarah

Getting into the Sport: Started throwing in junior high school and after breaking a local record was recruited to a track and field team which jump started her career… Although her main focus has been shot put, she would always run sprints and jumps for team points at meets. In 2013 she even made the provincial team for the heptathlon… Outside Interests: Enjoys reading, sightseeing, Netflix, spending time by the ocean… Graduated from the University of Windsor in 2018 with an Honours Bachelor of Science in Biology… Works in marine biology/research or as a commercial scuba diver…