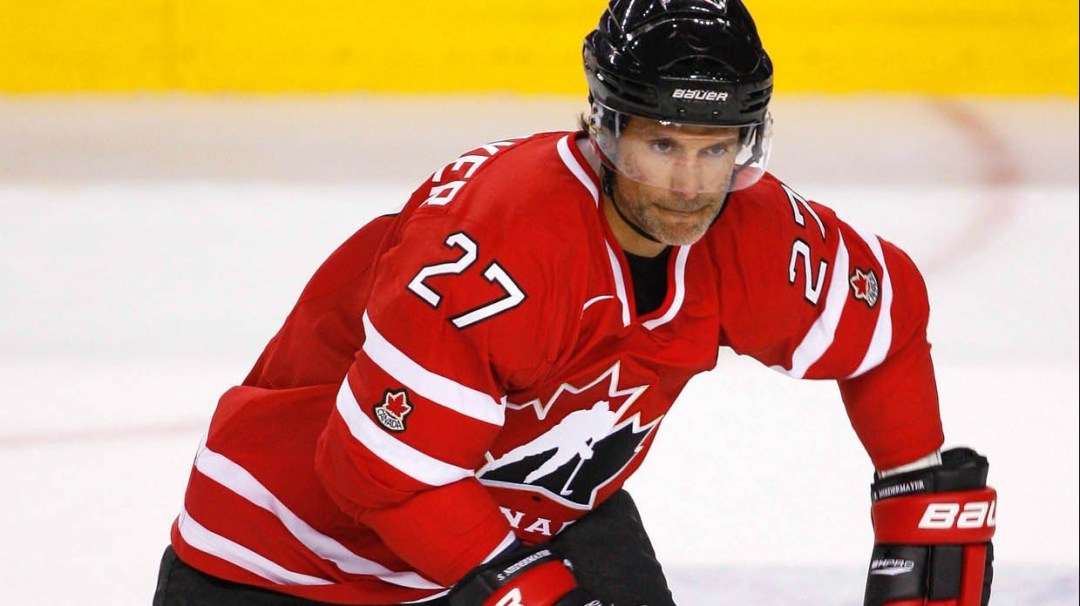 Niedermayer’s first time wearing the Canada jersey was at the 1991 IIHF World Junior Championship where he won gold with Team Canada. Niedermayer returned to the tournament in 1992. He would go on to appear in two World Cup of Hockey tournaments for Canada (1996, 2004) serving as Canada’s alternate captain and winning gold in his second go-around. Niedermayer also represented Canada at the 2004 IIHF World Championship where he contributed five points (three goals, two assists) in nine games to secure the gold medal for Canada.

Niedermayer had a stellar NHL career which began with him being drafted third overall in 1991 by the New Jersey Devils where he would go on to play 12 seasons and win three Stanley Cups (1995, 2000, 2003). Niedermayer won his fourth Stanley Cup as a member of the Anaheim Ducks in 2007 when he was also awarded the Conn Smythe Trophy as the MVP of the playoffs. Niedermayer won the James Norris Trophy as the NHL’s best defenceman in 2004. In June 2010, Niedermayer officially announced his retirement from hockey.