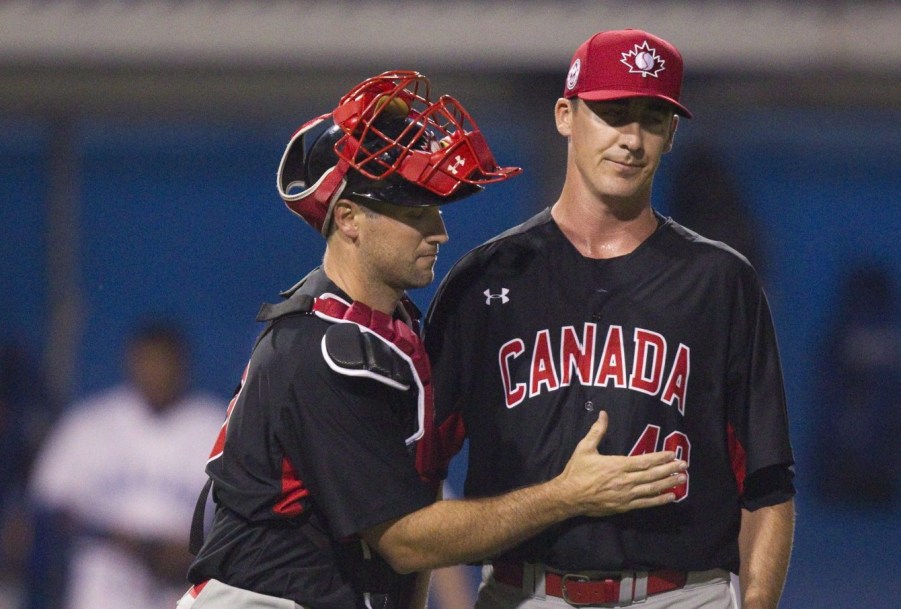 Scott Richmond was a member of Team Canada that won back-to-back gold medals at the 2011 and 2015 Pan American Games. At Guadalajara 2011, he pitched 4.1 innings over two games including 2.1 innings in the gold medal contest to close out the win against the United States. He has also played for Canada at the 2009 and 2017 World Baseball Classic , the COPABE Pan Am Qualifier in 2019, the WBSC Premier 12 in 2015 and at two editions of the Baseball World Cup, winning bronze in 2011. Undrafted coming out of college, he signed a minor league contract with the Toronto Blue Jays in 2008 and made his major league debut that July, which made him unavailable to compete at the Beijing Olympic Games. Richmond’s baseball career since 2015 has spanned the globe with stops in the Chinese Professional Baseball League (CPBL) in Taiwan, the Italian Professional Baseball League and the Australian Baseball League pitching for the Auckland (New Zealand) Tuatara. He is currently a member of the Québec Capitales of the CanAm League.

A LITTLE MORE ABOUT SCOTT

Getting into the Sport: Started playing baseball at age 4… His stepfather taught him the right way to pitch and play at a young age, making the sport enjoyable… Outside Interests: Enjoys doing outdoor activities such as golf, fishing, hiking, water sport… Graduated from Oklahoma State University with a Business degree in Economics in 2005… Richmond is a dual citizen of Canada and New Zealand…