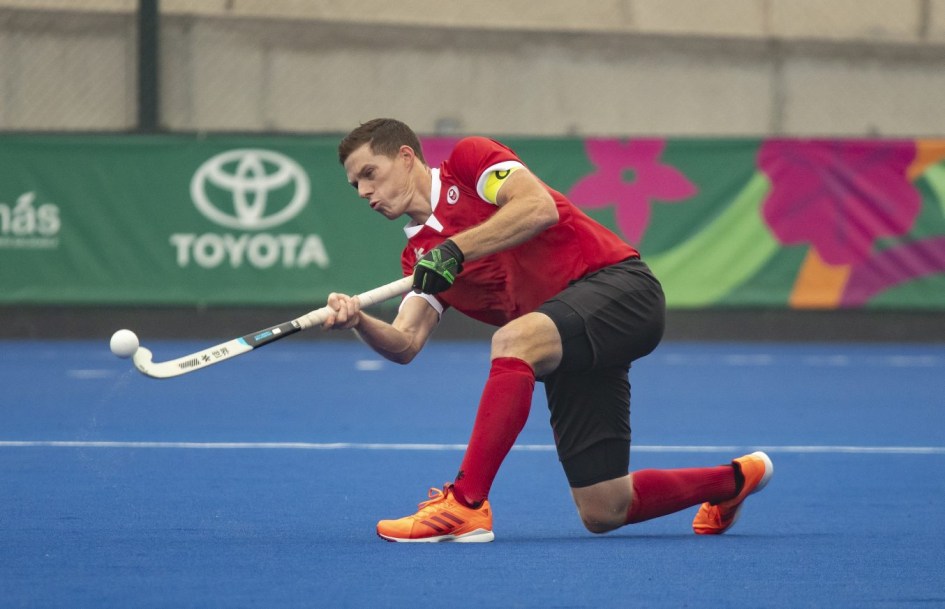 Since making his first international appearance in 2005 versus Scotland, Scott Tupper has played 300 games for Canada. He is one of two men on the 2019 national team – the other is Mark Pearson – who competed at Beijing 2008. Just 21 at the time, Tupper was the second-youngest member of the squad. Eight years later, he was the captain of the team that returned Canada to the men’s Olympic field hockey tournament at Rio 2016. His five goals there led the team and tied him for fourth in tournament scoring.

In his first three Pan American Games appearances, Tupper helped Canada win gold at Rio 2007 followed by silver at Guadalajara 2011 and Toronto 2015. Tupper ended the 2011 tournament tied for the scoring lead with nine goals. He served as captain of the Canadian team that won silver at Toronto 2015, scoring three goals in the tournament.

Tupper’s multi-sport competition experience also includes the 2010, 2014 and 2018 Commonwealth Games. In 2018, Tupper captained Canada in its return to the FIH World Cup after an eight-year absence leading the team in scoring. In 2019, Tupper and Team Canada won the FIH Series Finals hosted in Malaysia, advancing the team to the FIH Olympic Qualifiers in the fall of 2019. Tupper has played club hockey in Germany and Belgium, winning the German Club Championship in 2011.

A Little More About Scott

Getting into the Sport: Started playing field hockey at age 6… Was introduced to it by two-time Olympian Lee Wright and liked that it was more active than baseball… By grade 12 he had made the junior national team and realized field hockey would be his career… Has wanted to play for Canada ever since watching Donovan Bailey win gold at the 1996 Olympics… Outside Interests: Enjoys reading and watching football and hockey… Earned a Bachelor of Arts from the University of British Columbia and Graduate Diploma in Business Administration from Simon Fraser University… Started coaching at Lafayette College in 2020… Odds and Ends: Nickname: Tupps… Inspired by ice hockey player Jarome Iginla for his skill, speed and toughness… Favourite motto: Good enough isn’t good enough…