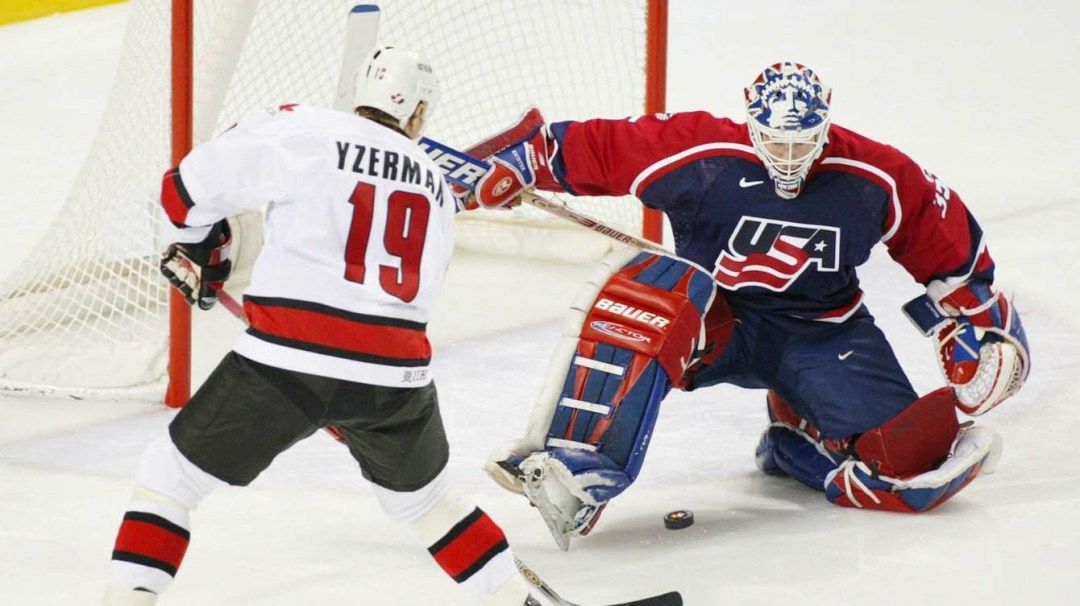 Steve Yzerman served as an alternate captain at both the Nagano 1998 and Salt Lake City 2002 Olympic Games. In 2002, Yzerman was key to Team Canada winning their first Olympic men’s hockey gold medal in 50 years, contributing six points in as many games. In his Olympic debut four years earlier, he recorded a goal and an assist. For Vancouver 2010 and Sochi 2014, Yzerman served as Team Canada’s executive director of men’s ice hockey, leading the selection of players who would win back-to-back Olympic gold medals.

Yzerman’s first time wearing the maple leaf was at the 1983 IIHF World Junior Championship where he led Team Canada to a bronze medal. Yzerman also competed at three editions of the IIHF World Championship (1985, 1989, 1990), winning a pair of silver medals. He was a gold medallist at the 1984 Canada Cup and a silver medallist at the 1996 World Cup of Hockey. Yzerman was named to Team Canada’s roster for the 2004 World Cup of Hockey but did not play due to injury. Yzerman was named to the Order of Hockey in Canada in 2014.

Yzerman had a decorated NHL career which began with him being drafted fourth overall in 1983 by the Detroit Red Wings. Yzerman remained with the Red Wings for all 22 seasons of his NHL career, serving as captain for 19 of them, making him the longest serving captain in NHL history. Throughout his NHL career, Yzerman won three Stanley Cups (1997, 1998, 2002), one Conn Smythe Trophy (1998), one Ted Lindsay (then Lester B. Pearson) Award (1989), one Frank J. Selke Trophy (2000), and one Bill Masterton Trophy (2003).. Yzerman announced his retirement in July 2006, finishing his NHL career with 1514 games played and 1755 points. Yzerman was inducted to the Hockey Hall of Fame in 2009.

Yzerman was inducted to the Canadian Olympic Hall of Fame in 2009 with his teammates from the 2002 Olympic hockey team.