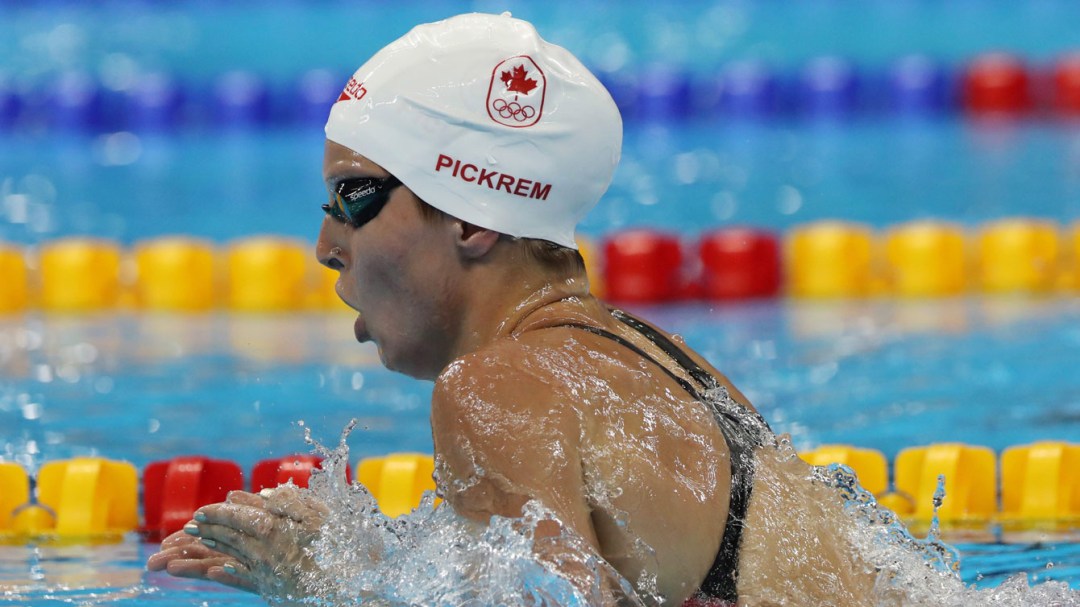 Born and raised in Florida, Sydney Pickrem is a dual Canadian-American citizen whose family hails from Halifax. She made her Olympic debut at Rio 2016 where she advanced to the final of the 200m IM, finishing sixth, and also competed in the 400m IM.

A year later, she won bronze in the 400m IM at the 2017 FINA World Championships in Budapest. She was particularly proud of that result as it came just days after she was unable to finish the 200m IM final when she took on water. Pickrem added three more world championship medals in 2019, winning bronze in the 200m IM, the 200m breaststroke, and the 4x100m medley relay in which she swam the breaststroke leg for the team that set a Canadian record. She just missed the podium in the 400m IM with a fourth-place finish. In between world championships, she won 200m IM silver at the 2018 Pan Pacific Championships.

In 2015, Pickrem won both individual medleys at the Canadian Trials and reached the podium in both events at the Pan Am Games in Toronto, taking silver in the 400m IM and bronze in the 200m IM. She then made her FINA World Championship debut, advancing to the final of the 200m IM. In 2013 she won four medals at the Australian Youth Olympic Festival before going on to swim in seven events at the FINA World Junior Championships where she won bronze in the 200m IM.

Pickrem qualified for her first national team in 2014, allowing her to compete at the Commonwealth Games and Pan Pacific Championships. Her summer was highlighted by her reaching the 200m IM final in Glasgow.

A Little More About Sydney

Getting into the Sport: Started swimming at age 6 because her brother swam… Outside Interests: Enjoys wakeboarding and going to the beach… Graduated from Texas A&M University in 2019 where she studied kinesiology … Would like to become a physiotherapist… Enjoys reading athlete biographies… Odds and Ends: Nickname: Syd… Considers sparkly boots as her good luck charm… Favourite motto: Never give up… Usually eats steak and pasta before competing…