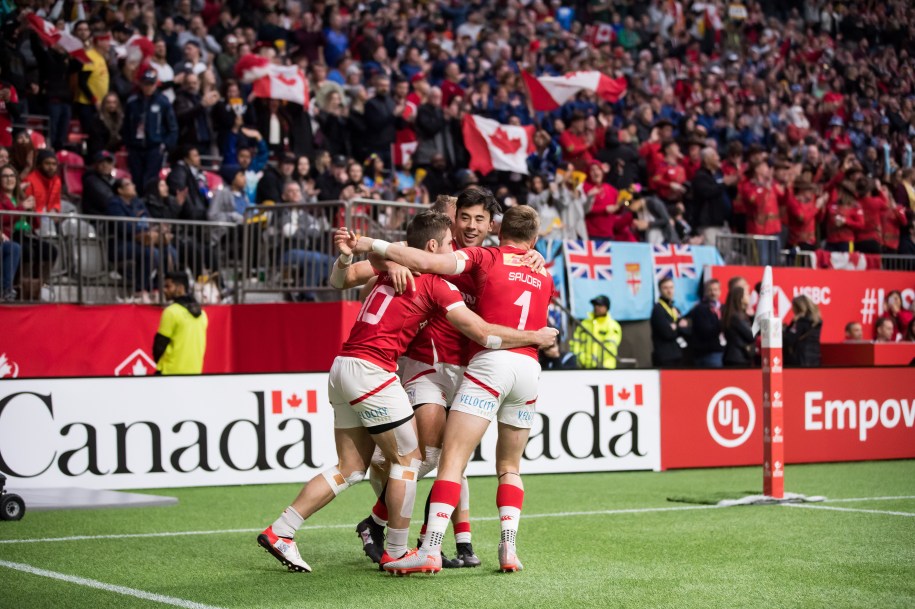 Theo Sauder debuted for the Canadian sevens team in the 2019-20 World Rugby Sevens Series. He played every series stop before the season was cut short due to the COVID-19 pandemic, putting up ten tries his rookie year.

Sauder’s international debut came in 2015 with the U20 fifteens at the IRB Junior Rugby Trophy where he scored two tries, helping Canada win silver. He played in a series of test events with the senior team in 2018 and 2019, as well as the Americas Rugby Championships and Americas Pacific Challenge. Before joining the national sevens team, Sauder also played a year with the Toronto Arrows of Major League Rugby.

Sauder played collegiately at the University of British Columbia. He helped the Thunderbirds to three consecutive BC Premier League titles from 2015 to 2017

Hammond represented Canada at the 2014 and 2018 Commonwealth Games, finishing ninth both times. In between he also competed at…