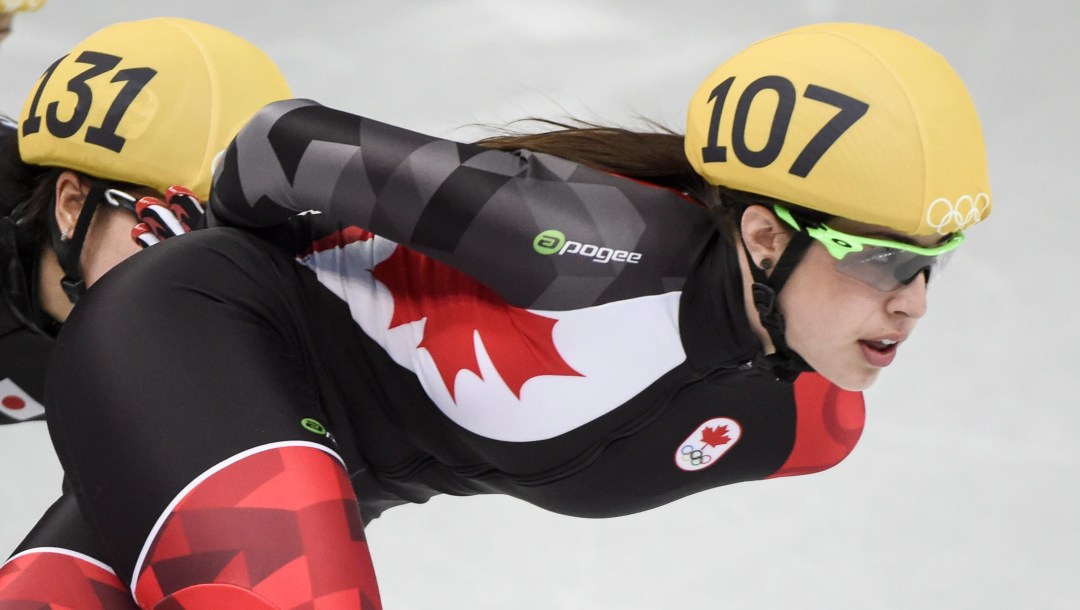 Valérie Maltais made her Olympic debut at Vancouver 2010 in just her second season of senior international competition. She finished 14th in her only event, the 1500m. Four years later she competed in all four events at Sochi 2014 and won a silver medal as part of the 3000m relay team. Maltais made her third Olympic appearance at PyeongChang 2018.

During her junior career, Maltais had competed at the 2006, 2007 and 2009 World Junior Championships, winning 500m bronze and relay silver in 2009. At the 2007 Canada Winter Games, she earned one gold, one silver and two bronze medals. Maltais has been a part of nine straight world championship teams, beginning in 2009. She has earned six medals as part of the 3000m relay team. In 2012 she stepped on the world championship podium by herself, taking bronze in the 1000m and finishing second in the overall rankings. It was an unexpected result that she credits to racing without fear. That led to her being named the 2012 Speed Skating Canada Female Athlete of the Year for short track. She won that award again in 2014 after winning another 1000m bronze at the world championships and finishing third in the overall classification.

Maltais’ first career individual World Cup victory came in 2012-13 when she won the 1000m in Montreal. In 2015-16 she finished second in the overall World Cup 1000m standings on the strength of three podium finishes. That came after a summer in which she was part of Team Canada at the Toronto 2015 Pan Am Games, competing in inline skating. She had always enjoyed it as a hobby, but in 2014 she decided to pursue it competitively and won the Canadian title. She went on to dominate the 2015 Canadian trials, winning all six events. She finished seventh in both the 500m and 10,000m points race at the Pan Am Games.

Maltais didn’t have a great start to her 2016-17 season, suffering tendonitis in her abductor as well as a hip problem that left her unable to fully train from the summer to December. She was still able to win four World Cup relay medals and finish on the podium twice individually in Dresden in February.

A little more about Valérie

Getting into the Sport: Started speed skating in 1996 at the local rink in Saguenay… Had been figure skating for two years but her mother noticed short track at the Olympic Winter Games and put her in that because it was more competitive… She loved it from the first time on the ice… As a figure skater she had always wanted to race her coach… Outside Interests: Studying nutrition at Cégep College de Maisonneuve in Montreal… Enjoys watching TV shows and movies, cooking and discovering new food, yoga, playing board games, gardening, travelling… Supports Fillactive… Odds and Ends: Motto: Everything happens for a reason…   Favourite Olympic memory is watching Marc Gagnon and Jonathan Guilmette win gold and silver in the 500m at Salt Lake City 2002…