Victoria Moors competed at her first Olympic Games and was part of the Canadian artistic gymnastics team along with Ellie Black, Brittany Rogers, Dominique Pegg and Kristina Vaculik that made the Olympic final for the first time in Canadian history, finishing fifth. Moors won the all-around championships at the 2012 Canadian Championships, where she placed first on floor and second on uneven bars.

The native of Cambridge, ON, has many international highlights, including a gold on floor at the 2011 Massilia event in Marseille, France. She also played a key role in helping Canada earn a full team berth at 2012 Olympic Games. 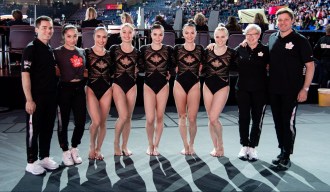