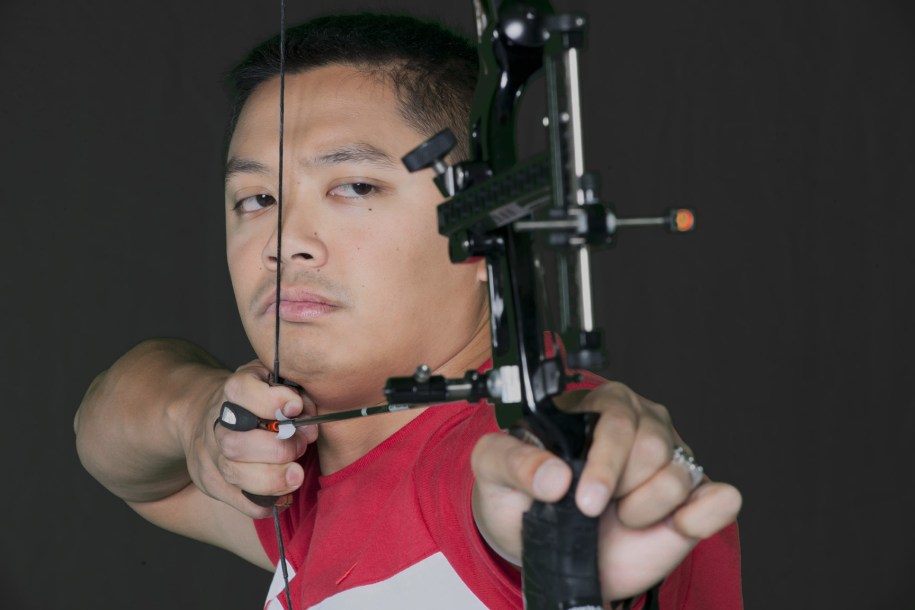 A historic breakthrough at the World Archery Championships in Antalya, Turkey has earned Crispin Duenas our Athlete of the Week honour.

A two-time Olympian (Beijing 2008 and London 2012), Duenas captured the bronze medal in the men’s individual recurve event, achieving Archery Canada’s best-ever world championship result by a male recurve archer. Recurve refers to the type of bow that is used in Olympic competition. Duenas improved on the previous best, a fifth place finish by Jay Lyon at the 2011 World Championships. Duenas had to defeat a number of top opponents in the elimination rounds, starting with 2012 Olympic silver medallist Takaharu Furukawa of Japan in the 1/16 finals. He then took down Ukrainian World Cup medallist Markiyan Ivashko followed by world field champion Jean-Charles Valladont of France in the quarterfinals. Duenas dropped his semifinal showdown with reigning Olympic champion Oh Jin-Hyek of South Korea to set up the bronze medal match against China’s Dai Xiaoxiang, the reigning Olympic bronze medallist. Having fought hard through four and five set matches, Duenas took the bronze in three straight sets, which included a perfect score of 10 on his last arrow to secure the podium.

He said of the pressure-packed situation: “Surprisingly, it felt easy to execute my shot. It’s my first time out here in front of this big crowd at the World Championships and I’m just really happy right now. I just kept it in my head that it’s exactly the same thing that I’m doing all the time. It made it a lot easier for me.”

This was the fifth time that Duenas had competed at the World Archery Championships, which are held every two years. His previous best result was 10th place in 2009. The highlight of Duenas’ career to this point had been his silver medal at the 2011 Pan American Games.

Virginie Chénier began training for competition just two weeks after she first started shooting. She made her international debut as…