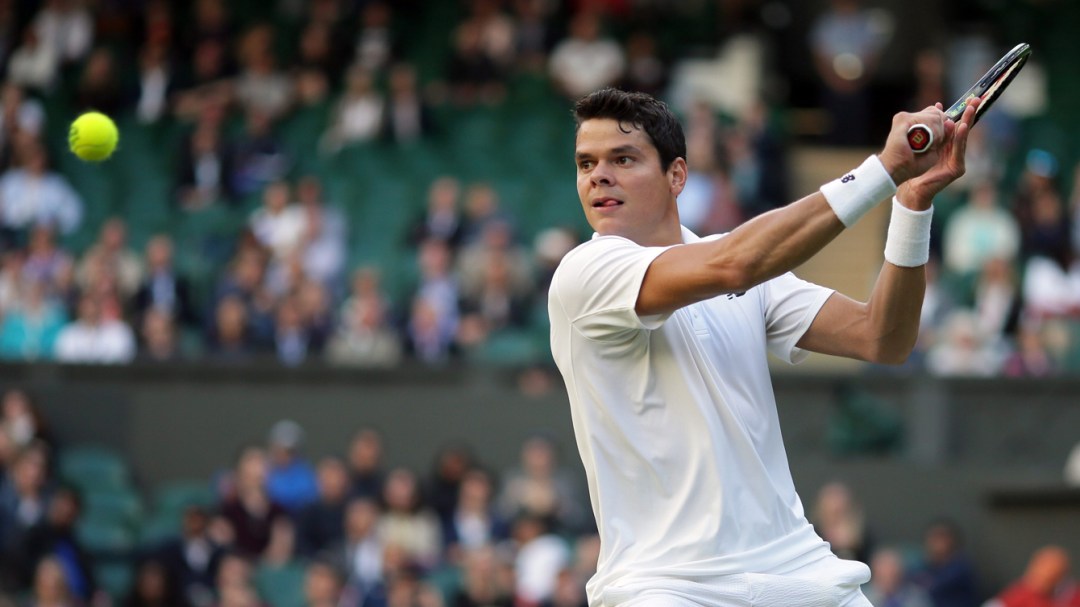 Fourth round of Wimbledon awaits Raonic after seeing off Sock

It’s on to the fourth round of Wimbledon for Milos Raonic, following a straight-set victory over Jack Sock on Saturday at the All England Club.

In the all-North America match, the Canadian beat his U.S. counterpart 7-6 (2), 6-4, 7-6 (1) for his second trip past the third round at Wimbledon on his sixth appearance, where he will meet Belgium’s David Goffin.

Raonic has yet to drop a set at The Championships this year, beating Pablo Carreno Busta of Spain and Italy’s Andreas Seppi in the first two rounds. 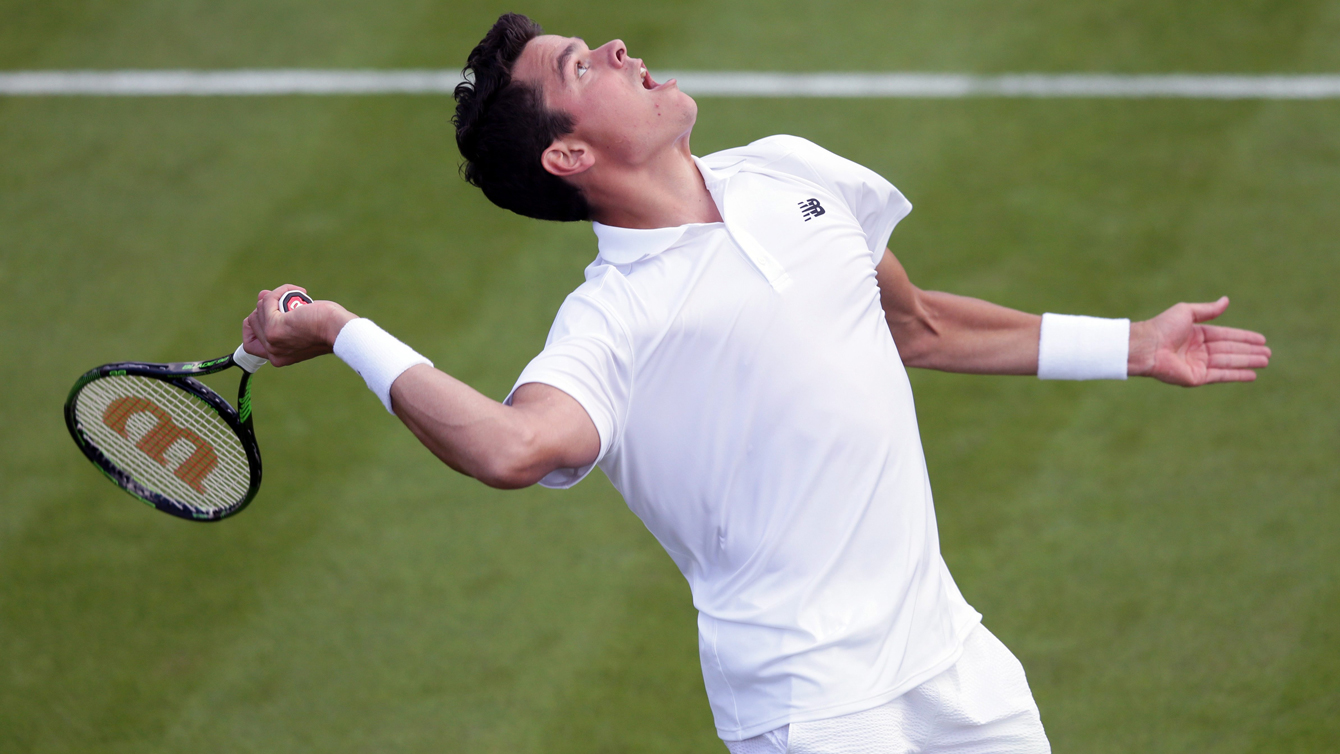 Milos Raonic of Canada serves to Pablo Carreno Busta of Spain during their men’s singles match on day one of the Wimbledon Tennis Championships in London, Monday, June 27, 2016. (AP Photo/Tim Ireland)

On Saturday, neither Raonic nor Sock allowed the other to look at a break point until midway through the second set. That’s when Raonic broke Sock’s service game to go ahead 4-3.

In the next game, world number 26 Sock had a chance to get back on terms, only to see his first break point opportunity saved by Raonic, who consolidated on serve and took a 5-3 lead on way to a two-sets-to-zero advantage.

In the third, Raonic forced Sock to defend six break points in the American’s first three service games (eight in total for the set). Sock managed to hold each time, forcing Raonic to be patient as the crowd began to show its appreciation for the underdog. That belief wasn’t enough against Raonic, who won the tiebreak 7-1 to take set and match. 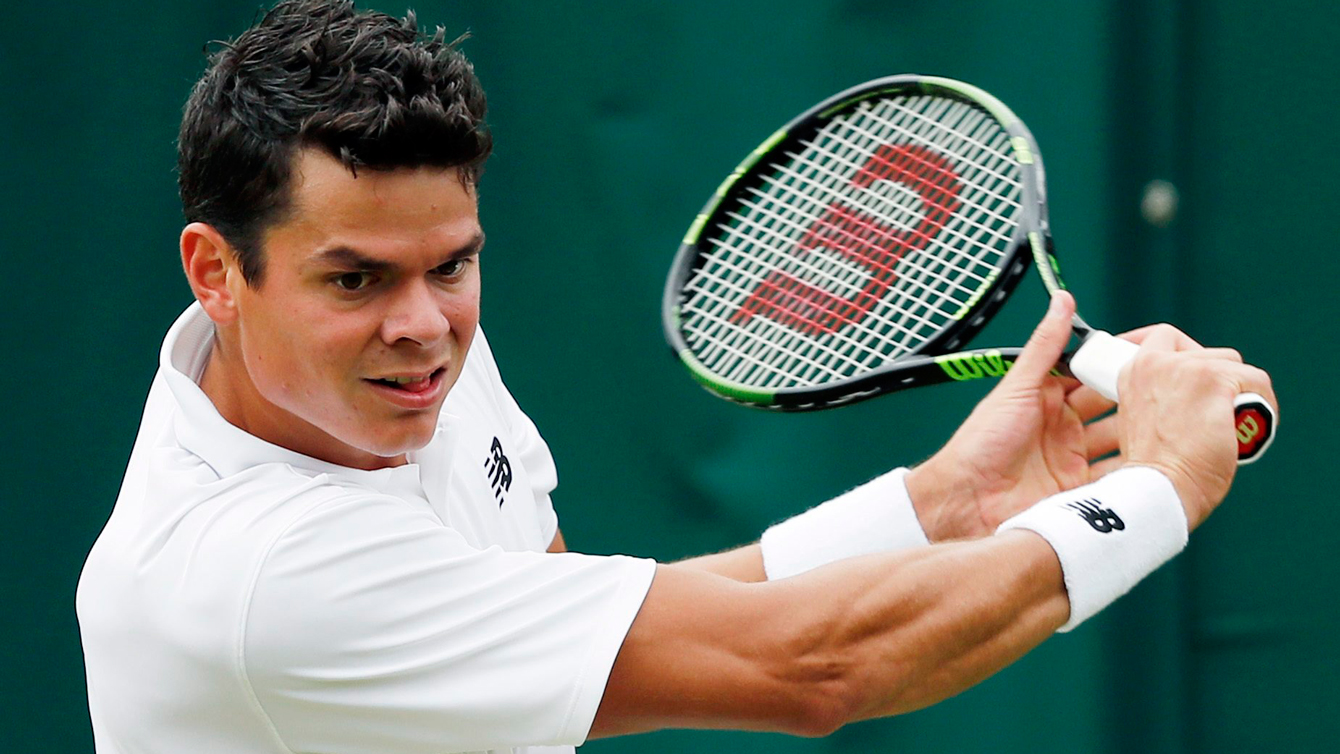 Milos Raonic of Canada returns to Andreas Seppi of Italy during their men’s singles match on day four of the Wimbledon Tennis Championships in London, Thursday, June 30, 2016. (AP Photo/Ben Curtis)

In other Canadian tennis news from Wimbledon on Saturday, Adil Shamasdin and his British partner Jonathan Marray won their second round match. Also alive in the men’s doubles draw are Daniel Nestor (second round) and Vasek Pospisil, who partnered Sock to a 2014 Wimbledon doubles title; the duo have yet to play their first round tie this year.

Bad news came from the women’s draw, where hard-charging Dominika Cibulkova of Slovakia beat Genie Bouchard 6-4, 6-3 in the third round. The loss brings an end to singles play for Bouchard at Wimbledon after two wins, though the Canadian will contest in women’s doubles, having been named to the Canada’s Olympic Team to play in both categories.

It was announced on Thursday that Raonic will be playing Olympic doubles with Pospisil, while both men will also play in the singles tournament at Rio 2016.